Running Long: A Review of Born to Run 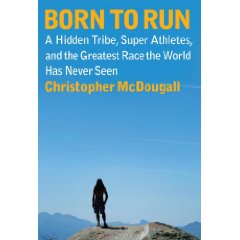 This book is guaranteed to appeal to certain subgroups of readers who are absolutely going to love it:  old, new and former runners, middle-distance runners, marathoners, long-distance and ultra-marathon runners, and those who gravitate to stories about indigenous tribes like the Tarahumara Indians of Mexico and the American Southwest.   If you’re not a member of one of these groups, the subject matter is unlikely to hold your interest, unless from time to time you pick up a copy of Runner’s World or Marathon and Beyond magazine and find such to be fascinating.

Of course, there have been books – not intended for the general public – that have been huge and surprising successes, such as Into Thin Air by Jon Krakauer and The Perfect Storm by Sebastian Junger.   Yet, I suspect that this tale of world-class ultra-marathoners will remain a specialized taste for most.

The story is about a magazine editor who gets to observe an almost-secret race between some of this country’s best ultra-marathon runners and a group of “fleet-footed Tarahumara Indians.”   The race itself comes at the book’s conclusion and is not as interesting as the build-up to it.   Instead, the book is at its best when explaining the science of long-distance running, and how and why the skill of running long distances has been essential to human survival and evolution.

The author explains why there may be an almost instinctual need for some humans to run the 26.2 miles of a marathon, or further.   He is, however, mystified as to why some persons today avoid running altogether.   The section that active runners may enjoy the best is one in which Christopher McDougall fully details the reasons why expensive and highly cushioned running shoes – and those sold in the U.S. continue to get more expensive and more cushioned with each quarter of a year that goes by – lead to inevitable injuries.   After finishing this section, many runners will certainly think about hitting the roads in their running flats or rubber sandals or even barefoot.   Fascinating stuff!

2 responses to “Running Long: A Review of Born to Run”