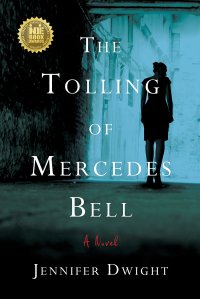 As majestic bells of bolts struck shadows in the sounds/Seeming to be the chimes of freedom flashing… Bob Dylan, “Chimes of Freedom”

In Jennifer Dwight’s The Tolling of Mercedes Bell, Mercedes Bell, a recently widowed mother of a teenage daughter, is down to her last out when fortune steps in and she obtains a job as a paralegal at the law firm of Crenshaw, Slayne and McDonough.

The bright, engaging newcomer enjoys some early success and things appear to be turning around for her when attorney Jack Soutane begins renting space at the firm. The two become an item and the future begins to look ever brighter. But, as is often the case, if things seem too good to be true, they often are.

Due to Jack’s somewhat shady reputation others are skeptical, but the trusting Mercedes opens up her heart and lets him in. He is a charmer but, soon, little things become big things; as the story shifts into another gear, not even the great Jack Soutane can maintain the level of deceit necessary to cover up his past and escape the present.

The reader eagerly sticks with Dwight, knowing something is going to go wrong and trying to find out just what that something will be. Even as that something becomes more obvious, Dwight, a former paralegal herself, creates enough intrigue to lead to a satisfying conclusion. In fact, some of the better writing begins at the point in which Jack’s fate is finally revealed, while Mercedes yet has plenty to unravel.

The ending is a happy – if somewhat improbable, one, and seems to fit the overall message of hope that is pervasive throughout the book (and inherent in Bell’s character). 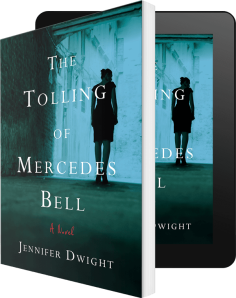 Bell is set in the San Francisco Bay Area where Dwight spent a great deal of her life. It is her fourth book but first novel. Here’s hoping she can keep it up.

Dave Moyer is an education administrator and is the author of Life and Life Only: A Novel.