Everybody Knows It Was Me

Los Angeles-based musician Adrian Bourgeois has released a double-album containing 24 songs. Here we take a look at the first twelve songs on Pop/Art, to be followed shortly by another reviewer’s look at the remaining twelve songs. 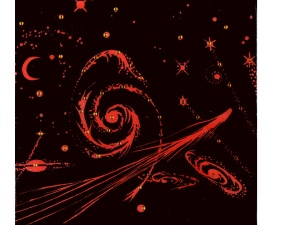 Pop/Art is nothing if not ambitious, and it makes for a sometimes sprawling introduction to Adrian Bourgeois, who now lives in the greater Los Angeles area but earlier lived and performed in Sacramento and Elk Grove.

Pop/Art opens with “New December” which feels like a Paul McCartney song from the Beatles White Album melded with a track from the Beach Boys Pet Sounds album. This is a nice opening and it segues into “Time Can’t Fly A Plane”, a song that has an America-style (“Ventura Highway”) rhythm and feel. One of my two favorite tracks follows, “Everybody Knows It Was Me”, which hits the ears like a song that was inadvertently left off of Todd Rundgren’s 1972 opus Something/Anything?

“Pictures of Incense” made me think of both the Traveling Wilburys and of A. C. (Allan Carl) Newman, whose Get Guilty album was pure genius. “Jonah” comes off as Bob Dylan mixed with the stinging electric guitar work most often heard on a Matthew Sweet album. “Have It Your Way” is a ’80s pop-rock confection. It’s a treat, especially as it’s not too hard to imagine a band called Bourgeois Tagg playing this song back in the day.

When I listen to “Hanging Day”, I think of McCartney’s “Rocky Raccoon”, Tom Petty’s “Wildflowers” and Sting’s “Heavy Cloud No Rain.” It’s a haunting, yet fun, track that grows on the listener. “Aquarium” is my other favorite track on Pop/Art; it’s beautifully sonorous and sounds as if it was produced by both Brian Wilson and Phil Spector. The lyrics are also life affirming: “If you can’t be touched, you can’t be healed.”

It’s not too hard to see the line between Dylan’s Highway 61 Revisited and Adrian’s “Too Much Time.” Think of a speeded-up rocking and rollicking variation on the classic “From a Buick 6.” As Sir Paul would say, “Oh, yes!”

I tend to like songs on which I can hear and observe a musician’s influences, which is why I have focused on these particular tracks. However, I suspect that some will most enjoy the songs that demonstrate Bourgeois’ originality – the sui generis “Waterfalls”, “Don’t Look Away”, and the regretful heartbreak song, “My Sweet Enemy.”

These songs were created while Adrian Bourgeois lived in Northern California. It will be interesting to see the changes in life’s attitude brought about by a change in physical latitude – the move to Southern California. (More sunshine and less rain?) No doubt this will be apparent on his next offering. Until then, this aspiring work should satisfy more than a few discriminating music lovers.

Pop/Art was purchased by the reviewer.