Presumption of Guilt is Familiar, Solid 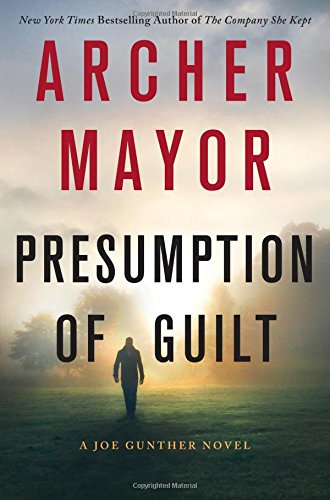 When you have a good thing going, why change?  Archie Mayor’s Presumption of Guilt is the 27th in the Joe Gunther series that began in 1988, and its familiarity is pleasing.  Gunther is an agent with the Vermont Bureau of Investigation (VBI).  His brazen and unorthodox ways get results, and the reader easily and immediately accesses the setting and characters while the plot unfolds.

Mayor’s background as a medical examiner allows for insider commentary when bodies turn up, which some will no doubt find interesting.  His chapters are somewhat longer than most suspense novels, which is due in part to the fact that much of the story is told in dialogue.  In this addition to the Gunther catalog, Gunther’s daughter joins him and considers following in his footsteps with the VBI.

In Presumption, the body of Hank Mitchell is found in a slab of concrete on the property of a recently decommissioned nuclear power plant.  Initially, there is no obvious motive for this 40-year-old cold case.  But during the investigation a police officer is attacked, gagged and left on the side of the road.  A suspect in the old Mitchell case is soon found murdered. 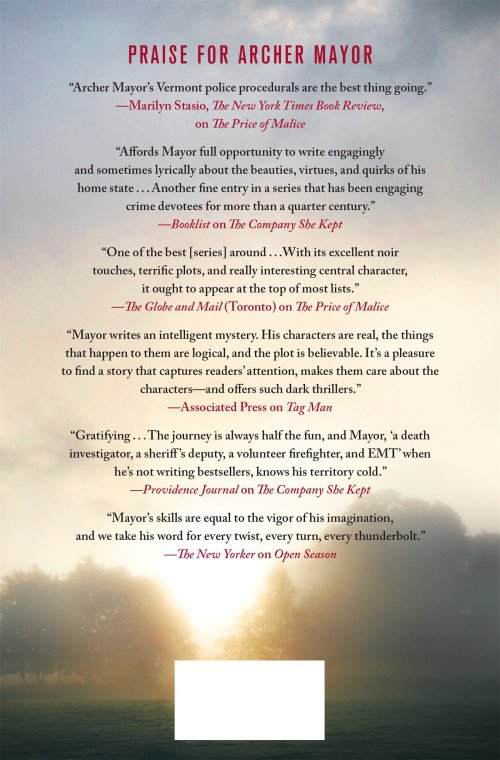 Several people take it upon themselves to solve the initial murder and the related case, and no one seems to be above suspicion.  Joe, of course, gets to the bottom of things but not before taking a bullet, and not without several unanticipated turns.  These turns keep the reader fully engaged until the very last page.

A review copy was provided by the publisher.  Presumption of Guilt is now available in a trade paperback version.

Dave Moyer is the author of Life and Life Only: A Novel of baseball, life and Bob Dylan.  He is a public school superintendent in Illinois. 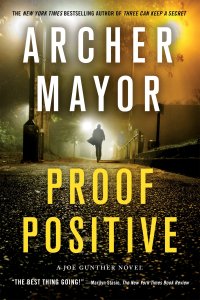 Proof Positive is Archer Mayor’s 25th novel (Three Can Keep A Secret). Mayor uses his expertise as Vermont’s medical examiner to paint effective pictures of good guys and bad guys and the setting in which they take place (i.e., Vermont).

The opening line of the novel is excellent: “It was the time of year when New England wobbles between fall and winter, as prone to Indian summer as to sudden, short-lived snowstorms.” The story is enticing from the start. The introductory pages are arguably the greatest strength of the book. Some of the writing that follows is less consistent (“Neil’s body collapses like a dropped sack of laundry,” p. 213, comes to mind).

Ben Kindall is a Vietnam vet and a hoarder, which is significant because it provides for the circumstances that mask the real causes of his death. Ben’s cousin, medical examiner Beverly Hillstrom, alerts Vermont Bureau of Investigator and her flame, Joe Gunther, of Ben’s death. The mystery of missing negatives uncovers a trail of dead bodies and a list of potential targets. The suspense builds as a senator and hit men are discovered to be involved.

As is common in many crime novels, dialogue is the convention of choice, and the degree to which this is effective depends on the reader’s preference. 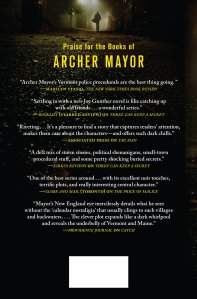 Fans of the series will be happy to know that immediately upon the conclusion of Proof Positive comes the first two chapters of novel 26, The Company She Kept, meaning that the next Joe Gunther fix is just around the corner.

Dave Moyer is an educator and the author of Life and Life Only: A Novel.