Robert Redford is a glamorous and gorgeous biography of a man the book’s editor viewed as “undervalued” as an artist.   Callan fully makes his case that Redford is an actor, an artist, of substance.   I have never before read an actor’s bio that makes me want to sit down and watch every one of the films mentioned within it; which is a measure of the seriousness with which Callan treats his subject.

Callan does three things that an actor’s biographer should do…  Firstly, he explains how and why Redford went into acting, after originally considering a career as a painter or illustrator.   Secondly, he goes to great lengths to help us understand how intelligent Redford, the man, is.   In some cases, this involves using long quotes from Redford about acting or politics.   No matter the subject, the actor-director’s comments are always deep and thorough.   And thirdly, he helps us to observe a career in which the actor grew and began to hit his peak at the young age of 34.

Callan writes that Redford, at 34, became “a far more internal actor.”   A director was to say of Redford:

“He surprised me.   He was running around with me, doing all the production things…  But then the shooting started, and he retreated inside himself.   So much of it was mime.   And to mime, you need some extraordinary composure because if you are going to be self-conscious, this is where it will show.

…honesty took him to this very, very calm place.   Everything became minimalistic, very contained.   I did not direct that pacing.”

Indeed, Callan makes the fine point that Redford established  himself as an actor of silence, a man who left us wanting more from his character’s mouths but appreciating them as they were filmed.   Think, for example, about the silences of Hubell in The Way We Were, or as the ballplayer Hobbs in The Natural.   Then think about how different the role of Hubell would have been played by, say, Jack Nicholson!

Callan’s research is quite impressive except in one instance.   At one point, while preparing to film the provocative film The Candidate (both California Governor Jerry Brown and U. S. Senator John Lindsay thought the film was based on their real-life careers), a writer proposed a scene in which the fictional candidate McKay – played by Redford – would don the gift of an Indian headdress.   Redford absolutely refused to consider this, and Callan presumes it is based on the actor’s respect for American Indian tribes.   It’s more likely that Redford was aware of John Kennedy’s vow, during his successful run for president in 1960, to never do either of two things:  wear a hat/place anything on his head, or hold or kiss a baby.

Like Paul Newman and his vaunted Newman’s Luck, Redford has had great instincts throughout his long, successful career.   Callan shows us how, early on, Redford elected to play an outlaw (an escaped convict) instead of an establishment figure.   Making similar choices with Butch Cassidy and the Sundance Kid and The Sting was to cement his success later.   Newman and Redford, we come to see, were both actors of skill who were also blessed with the best of luck.   Perhaps they were both fated to choose the right roles in the right films at the right time.

Robert Redford: The Biography is, in its entirety, an excellent and valuable overview of Robert Redford, the man whose career has been one – in Michael Feeney Callan’s words – of “adventurous disinhibition.” 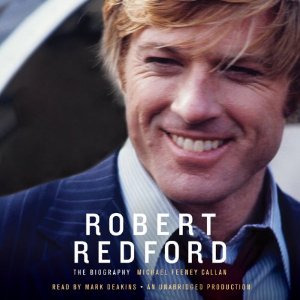 Willow Weep for Me

The Language of Trees by Ilie Ruby (Avon) 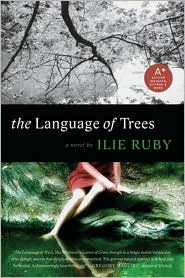 The Language of Trees transports us into the deep, magical aspects of nature, while inviting us to reconsider the magnetic power of desires long-buried.   While not a believer in second chances, but rather in what is meant to exist, this story had me wanting to change my mind.   This is a well rendered tale of shattered pieces, and the sorrow of remembering their beginnings.   Ruby’s suspenseful story telling style and painterly prose make for an alluring read.

Ruby brings us to a seemingly inncuous town, whose many secrets are whispered and hidden among the giant willows.   Her characters are artfully drawn, yet oddly familiar.   We are shown Canandaigua, of the Finger Lakes region of upstate New York, where the folklore of the Seneca Indians runs deep.   When three children spontaneously set off in a canoe towards Squaw Island, to escape the angry father they are running from, a weeping rain turns to sudden fury; spilling into a tragedy that becomes a series of dark storms for the Ellis family.

This tightly wound tale manages to both inform and invite the reader to reconsider the gift of healing, or at least the deepest human urge to repair what is broken.   Ruby shows us the mystery of spirit in all living things and how those spirits swoop and dart among us, landing in the most unlikely of places.   This book will have you wondering about ghosts, and if those who remain and haunt us are simply the ones we choose to keep.

Carrie Host is the author of Between Me and the River.