She gave him a smile and then returned to weaving in and out of the traffic, constantly using the car horn and swearing as they hit a snarl up by Ladbroke Grove.   Paul felt very uneasy and not just because of her erratic driving, although it did make him cringe back in his seat a few times, but rather because of her attitude.   Anna seemed pleased about Alan Rawlings possibly being a victim.

Betrayal is the mother of invention in this rambling tale of a missing person and possible murder victim.   Author Lynda La Plante is a celebrated and highly successful mystery writer.   Her most famous work is the British television series, Prime Suspect.   In Blood Line, La Plante takes every opportunity to delve into the psychology of each of her main characters.   She literally weaves the story among the characters and around the landscape where the action takes place.

The story line provides some rather blunt evidence of man’s inhumanity to man and to helpless creatures as well.   A reader would have to be numb not to feel an emotional connection to some of the victims – the subject of the prologue and a herd of retired circus seals.   When it comes to knowing more about the prologue victim, a handsome young man whose body is missing, the emotions felt for him may change for the reader.

Anna Travis is a newly-badged detective chief inspector who is recovering from the loss of her fiance.   To complicate matters, Anna’s supervisor is her former lover.   To say that she has raw spots in her heart is an understatement.   What begins as a missing persons report filed by an anxious father, morphs into an all-out race against evil to bring the disparate elements of the case together for a satisfying conclusion.

As a fan of the Prime Suspect series, this reviewer turned the first page of Blood Line with a definite bias toward trusting the author to provide an enjoyable read.   That trust was validated.

A review copy was provided by the publisher.   Blood Line was released on October 23, 2012.   “Fun, fearsome, and fiercely independent.”   Sunday Telegraph (London)

A review of Blood Line: An Anna Travis Novel by Lynda La Plante. 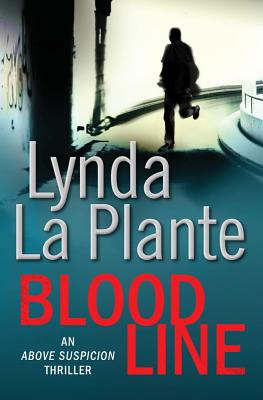