A Poisoned Pile of Mysteries

Hold on to your hats Wild West fans! The improbable mix of Berlin, Germany and fans of American frontier lore are at the center of this wacky murder mystery. Dinah Pelerin is the heroine of this tale. She has a lover who is a former Norwegian cop and her mother, Swan, is a Native American from the Seminole tribe.

Author Jeanne Matthews presents a deeply puzzling death amid a powwow event held by the Berlin Der Indianer Club. Who knew that Native Americans might fascinate Germans? At least this explains how Dinah has a gig teaching Native American cultures in Berlin. This is Dinah’s fifth appearance in the series so there’s a fascination with her by mystery lovers.

Swan is a rather tricky character who’s out to get revenge. She visits Dinah in Berlin and together they manage to get themselves into some very tricky predicaments after finding a scalped murder victim.

Recommended for mystery lovers who are looking for a fresh perspective on murder. 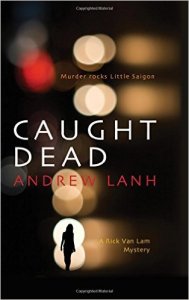 Back in the USA we find Rick Van Lanh, an Amerasian private eye in Connecticut. Rick is hired by members of a small Vietnamese community in Hartford to determine whether the drive-by shooting of Mary Le is just a random incident or murder. Mary is a twin. She and her sister are known as the “beautiful Le sisters.”

The tale is told in a breathless, naive way that is heavily laden with racism both external (Vietnamese vs. others in Hartford) and internal (mixed race children who are a product of the war in Vietnam vs. pure blooded Vietnamese). The clashes also include tensions between Buddhists and Catholics and, of course, the rich and the poor.

There’s a bit of meandering for Rick as he searches for a motive to explain Mary’s shooting. The complexity and conflicts he encounters make this somewhat of a laborious read. This would likely be an unlikely selection for the typical reader. 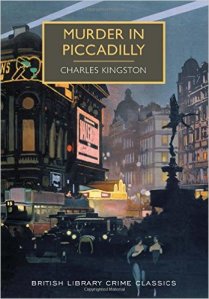 And now, back to our regularly scheduled mystery style – British mysteries of the 1930s, in other words, true classics! Poisoned Pen Press has brought back out-of-print mysteries that were popular in their day. This selection features Bobbie Cheldon and his nightclub dancer crush, Nancy Curzon. Bobbie is the lazy and self-centered son of a widowed mother. His uncle, his deceased father’s brother, is a wealthy tightwad. Bobbie longs for the day when he inherits his uncle’s fortune.

The book is written in fascinating syntax and figures of speech that draw the reader back in time. Make no mistake, there’s no casual cruising through this text. The reader cannot afford to be lazy or skim as the charm and humor of Charles Kingston’s writing style will be missed.

Members of the British caste system in its many permutations interact throughout the tale to form a truly tangled web of greed and deceit.

Review copies were provided by the publisher and/or a publicist.