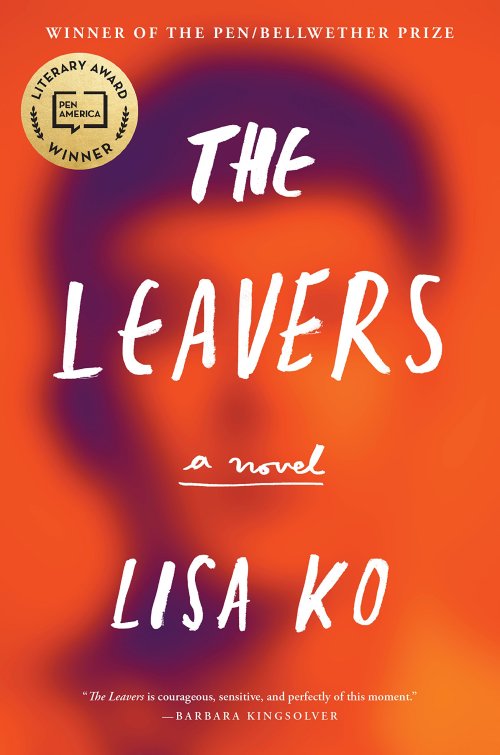 “There’s no heavier burden than a great potential.”   Charles Schulz

Sometimes a writer can outthink herself.   I found this to be the case with The Leavers: A Novel.   The central character is a boy from China who is adopted by American parents.  Deming Gou’s mother, who is an undocumented immigrant in New York City, one day leaves home to go to work at a nail salon but never returns.   Subsequently Deming – who becomes Daniel Wilkinson, is adopted by white parents, both professors at a small private college in upstate New York.

Daniel suddenly becomes a stranger in a strange land.   Used to the hustle and bustle and diversity of the big city, he must learn to survive in a quiet community where he is The Other; being Chinese, he is known to his Anglo classmates as Special No. 2 (a selection from a Chinese menu).

For so long, he had thought that music was the one thing he could believe in: harmony and angular submelody and rolling drums, a world neither present nor past, a space inhabited by the length of a song.   For a song had a heart of its own, a song could jumpstart or provide solace; only music could numb him more thoroughly than weed or alcohol.

Daniel is a screw-up but a fascinating character.   He plays electric guitar in a rock band, but keeps dropping out of the group even though success is on the horizon.  He has a problem with gambling (stereotypically) and loses thousands of dollars borrowed from friends.   He drops out of college and ruins multiple chances to go to school at the university where his adopted parents teach.   His story is interesting and linear, and it builds momentum, until…

One third of the way through the book, author Ko suddenly turns her attention to Polly Gou, Deming/Daniel’s birth mother, and transports us to China.   The telling now comes to a halt and the air seems to go out of the story.   Polly was deported from the U.S. and winds up with virtually nothing in her homeland, but somehow goes from rags to riches.   It seems improbable, and Ko spends too much time painting a melodramatic – over-the-top – account of Polly’s pre-deportation period spent in a detention camp in Texas.   The details are highly unpleasant.   Although it’s an attempt to get the reader to identify with, and side with, Gou, for me it had the reverse effect — making me want to put the book down.

The primary issue is that the straight ahead story of Daniel Wilkinson becomes lost and diluted by the long and winding, twisty, road that’s Polly Gou’s story.   It’s as if Ko attempted to meld two different half-novels together.   It didn’t work. The initial story – the fascinating tale of an adoptee attempting to find himself – was dumped for an adjunct creation.   (Basically, Gou’s story subsumes Wilkinson’s.)

Of course, once the final third of the book arrives, Ko has found a means of bringing Daniel Wilkinson and Polly Gou together again after many years.   It’s too clever, and by then I didn’t care.

The Leavers had great potential which sadly goes unfulfilled.