Chandra Hoffman makes a strong debut with her first novel, Chosen.   Written in clear flowing prose, Hoffman will draw empathy from the reader by presenting a true-to-life portrayal of individuals from both sides of the adoption process.

“I wanted to tell a story in which there are no heroes or villains, just shades of gray, real people trying to recover from their stumbles with grace.”

Chloe Pinter is the director of a private adoption program in Portland, Oregon named Chosen Child.   Engaged to a youthful beach bum who yearns for a life on the beaches of Maui, Chloe is immersed in the intimate details of the lives of her clients, torn on what she wants from her own life.   Chloe’s committed to support each of her clients, who range from delinquent, hostile convicts to wealthy high school sweethearts.   She provides them with the financial and emotional resources that she has available, even putting her career and personal life on the line when one of the babies goes missing.

There are other cases where her influence was heavy, life-changing…  and then there are those for whom her actions were like strokes on the Zen watercolor paper, where the darkest of watermarks disappear after brief moments…

Hoffman captures the waves of emotional confusion and exhaustion that accompanies parents of newborns.   She demonstrates the complexities of the adoption process with compassion and expertise that she brings to the novel from her prior professional work as an orphanage relief worker.   She further delves into sensitive topics such as infidelity, postpartum depression, and domestic violence but does so with grace.

This story has merit, and the passion that Hoffman has for the world of adoptions comes through clearly.   My recommendation falters due to the storyline’s predictability and the farfetched resolution to the main part of the story.   Hoffman’s attempt at portraying the complexities of the characters often falls short and results in several unlikable, egotistic male characters who either continue to imagine or participate in affairs, and two of whom describe in detail the way they would murder their partners (which, thankfully, never comes to fruition).   Therefore, this novel is simply recommended. 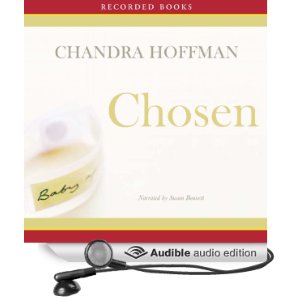 A review of Chosen: A Novel by Chandra Hoffman. 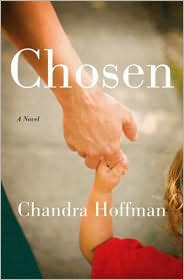