A Raisin (City) in the Sun 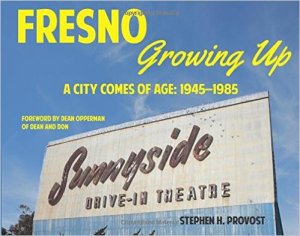 Anyone who grew up in Fresno, California, or who has lived there for a period of years, should enjoy perusing and reading the coffee table book Fresno Growing Up. This is a 230 page biography of the Raisin Capital of the World accompanied by beautiful color and black and white photographs. The first two-thirds of the book is strong as it fondly examines restaurants and movie theaters that used to exist, the once prominent Fulton Mall downtown (similar to Sacramento’s K Street Mall), TV and radio personalities, and the offerings for adults and children in Roeding Park.

Fresno also provides a detailed look at the past noteworthy music scene. Stephen Provost’s argument that Fresno gave birth to “the Bakersfield Sound” in country music is not fully convincing, but worth considering. 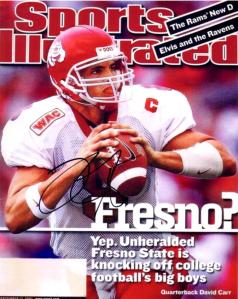 The book flounders in its third section which focuses on sports. Readers who are not fans of bowling, baseball, college football, boxing or hockey will find that it stretches on for far too long. This space might have been better devoted to the history of dramatic arts in the area, bookstores that once flourished (like the Upstart Crow Book Store), family businesses, etc. And the growth of greater Fresno-Clovis from west to east, and south to north might have been visibly charted. Still, this work might serve as a template for future efforts looking at the modern history of Sacramento, Stockton, Modesto, Chico and Bakersfield. 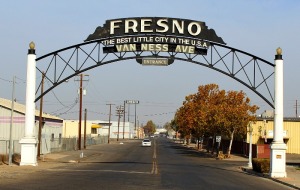 A review copy was provided by the publisher. Note: The finished product I received contained a large number of typos. Hopefully, these will be caught and corrected in future printings. 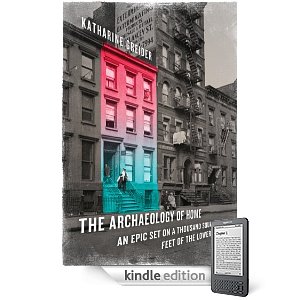 The Archaeology of Home: An Epic Set in A Thousand Square Feet of the Lower East Side by Katharine Greider (Public Affairs; $26.99; 352 pages)

Freelance writer Katherine Greider works hard at doing right by her subject, a one hundred and fifty-year-old tenement building in New York City’s Lower East Side where she and her husband, David Andrews, spent several years creating their first real home.   The Archaeology of Home is her second book; however, due to the personal nature of the subject matter, it feels like it is the first.

There’s an almost self-conscious and nostalgic tone to the descriptions Ms. Greider provides the reader about her own experiences in the humble abode.   She emphasizes the overwhelming evidence that we are heavily impacted by the place we call home.   Our daily lives are filled with immediate issues and the layers of other lives lived before our occupancy are quite invisible to us.   This layering of past lives seems novel and foreign to someone who currently occupies a 16-year-old development home in California that was brand new when it was purchased.

Ms. Greider begins the book with a painstakingly constructed history of the geography and populations that inhabited the Lower East Side area where Number 239, East Seventh Avenue now sits.   The reader is made painfully aware of the appropriation of land from the Native Americans who had existed in the swampy area for hundreds of years before the arrival of Europeans who imposed their style of cultivation and land division upon the place.   Greider uses a monumental vocabulary that borders on pretentiousness when describing the various waves of inhabitants.   Perhaps it is the source material that’s influenced her voice?   Regardless, the reader may need the assistance of a dictionary or Google to clarify the meaning of some of the oblique words she’s chosen.

The tale warms up as does Greider’s voice when she gets to the relationships that matter most to her.   The two children she and her husband bring into the world during their occupancy of Number 239 are somewhat incidental to the telling.   Rather, it is her marriage and the travails she endures sorting out the meaning of living in a space with others that seems to dominate her personal revelations.

Some years into the author’s occupancy, Number 239 is deemed uninhabitable by building officials as its foundation has crumpled and the damp basement is a harsh reminder of the original swamp where the building was placed a century and a half ago.   Because Greider and her husband are co-op owners, they must deal with the other members of the co-op in order to decide the fate of the structure.   Their struggle is easy to relate to for anyone who has been a dweller in a multi-unit building or planned unit development.   No spoiler alert needed here as a quick search of Zillow will reveal the current status of the location.

The Archaeology of Home is an interesting and admirable, though flawed, effort by a New Yorker who clearly loves the notion of small parts of a city being home in the truest sense.   The reviewer spent the summer of 1968 living at 404 East 66th Street and enjoyed the sense of community found within the enormity of New York City.

A review of The Archaeology of Home: An Epic Set On a Thousand Square Feet of the Lower East Side by Katharine Greider.