Virginia Woolf’s well-known novel Mrs. Dalloway is without a doubt a classic of English literature.   However, it has many characteristics not commonly associated with classics.   It doesn’t take ages to read.   It doesn’t distract the reader with superfluous distractions.   Most importantly, as the book is read, one is irrevocably and achingly aware and understanding of the plights of a woman, out to buy the flowers herself.

This is exactly what the book is about, or its plot at least.   Mrs. Dalloway, an upper-class London socialite goes out to buy some flowers for her big ball that evening.   On the way, she thinks about her life.   About the things that already happened, as well as the things that might happen in the future.   She remembers her old love, who she rejected simply because his passion brought out the worst in her.   She thinks about her husband, her dull, reliable husband, who she feels grounds and protects her from her true self, the unimaginable horror she feels is lurking within.   And finally, she is forced to think about a man just back from the war, a man she doesn’t even know, but who seems to be able to open her eyes with a selfish, yet heroic act of despair.

The tortured soul of Virginia Woolf provides great source for the seemingly flawless, yet sadly disturbed title character.   The stream of consciousness form of the book makes all these seemingly random scenes (yet, is anything in life truly random?) flow through the reader’s mind like a dream.   However, this dream does not tell of fairies and magical places.   It deals with the reality and such things as wars and the effect they have on individuals, as well as on the collective consciousness, the choices one has to make in life, the difference between life and death, and the lengths one is willing to go just to find a piece of mind. 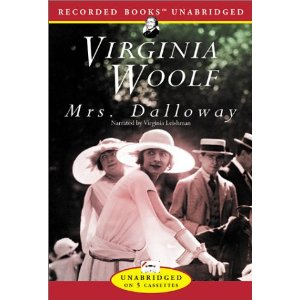 This review was written and originally published by Nikola.   You can see more reviews at Nikola’s Book Blog, http://cunninghamfan.blogspot.com/ .