The authors of this true-to-life, crime scene investigation novel are a team:  Dr. Bill Bass and Jon Jefferson.   Together they write as Jefferson Bass, in the same fashion that Douglas Preston and Lincoln Child write as Preston Child.

Bass and Jefferson have written several novels based on the work of Dr. Bass, who is a highly respected forensic anthropologist.   In these novels, unlike the CSI shows on television, there is no criminology practiced that relies on magic technological crime-fighting equipment dreamed up by a screenwriter.   The characters in The Bone Thief  must employ intellect, observation, and plain old footwork to solve a most perplexing series of body part thefts.

Dr. Bill Brockton, the chief protagonist, is a forensic anthropologist who works at the University of Tennessee managing the Body Farm, where the decomposition of human remains is studied.   He and his research assistant Miranda Lovelady (a name that’s a bit overly obvious) are drawn into a mystery involving the Federal Bureau of Investigation, while at the same time they’re on a quest to find a fresh set of hands for a colleague who received a massive dose of radiation while performing an autopsy.   The surgeon’s skillful hands are being destroyed by the radiation he encountered.

The story here is told in the first person by Dr. Brockton.   The underlying theme of the tale is Brockton’s introspection on choices he and others make, relationships and human frailty.   Recommended.

This review was written by Ruta Arellano.   Reprinted courtesy of Sacramento Book Review.   It is said that there is a real-life Body Farm managed by Dr. Bass. 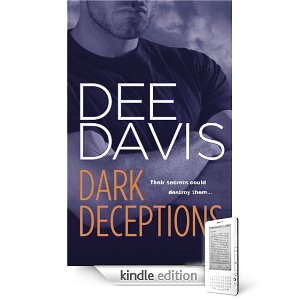 This book is an attention-grabber with cloak and dagger action!   The general tone, energy and tension between the main characters are very much reminiscent of the television show Remington Steele from the 1980s.   Added to this basic concept is a bit of the spy and good-guys type of team play currently popular on shows like Criminal Minds and the CSI franchise (Las Vegas, Miami and New York).

The premise is a compelling mix of personal betrayal, motherly love and loyalty to the team.   The main characters, Annie and Nash, are thrown together after years of painful silence between them.   What had been a well-tuned action duo suited for espionage of the highest caliber devolved into the worst sort of estrangement.   Annie and Nash each felt that the other had deserted the love and loyalty they shared.

Enter the villains who scoop up Annie’s son from his snug bedroom and whisk him away.   Annie is the target of a kidnapping/murder/extortion plot with a twist.   She has to muster her best spy skills that are somewhat rusty after years away from the espionage game in order to comply with the kidnappers’ demands – kill their target or suffer the loss of her precious son at the hands of the kidnappers who are also terrorists.

There’s nothing like a common goal to create cooperation that supersedes personal loathing.   Annie and Nash are once again on the same team, sort of that is.   As each of them works toward their goal, the action shifts from ultra high-tech surveillance and miniaturized equipment to a softly whistled signal whistled to a former partner from the old days when things were good between them.

The themes explored in this well-written, though graphically specific novel are family, loyalty, head versus heart, and love in many forms that makes the world a better place for everyone.   This book is a summer reading winner.

This review was written by Ruta Arellano.   A review copy was provided by Hachette Book Group USA.