Who Let the Dogs Out

Three Guys to Take Along on Vacation 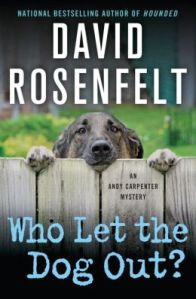 And they’re off… Andy, Laurie, Rick and the two dogs are back with a strange dilemma at the Tara Foundation Shelter. Cheyenne, a lost dog, took up residence at Andy’s shelter only to be spirited away by a professional burglar.

David Rosenfelt is back to his funny and wise cracking self as he spins the tale of a murder and a missing pooch. This, the 13th Andy Carpenter mystery, is every bit as fresh and engaging as the ones that preceded it. Rosenfelt makes his characters vulnerable in a writing style that is easy to enjoy.

This is a book that’s an excellent read over a lazy weekend or during a week away on vacation. 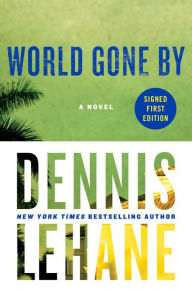 Indeed, the world of his third book in a trilogy by Dennis Lehane has gone by. The time is World War II and the settings include Cuba and Tampa, Florida. The fact that a war is raging affects both the good and evil people who move through this tale. The notion that war takes the best men for duty thus leaving the less competent behind at home is applicable to gangs of criminals. This is an aspect of war that has never occurred to this reviewer before.

The location during Lehane’s chosen time frame is not one this reader considered particularly compelling or relevant for today. Perhaps with U.S.-Cuban relations resuming the connection between the main character, Joe Coughlin, and Cuba has some merit. Coughlin has business challenges not unlike his counterparts in the legitimate business world.

Dennis Lehane is a very well known author (12 books, four of which have been made into movies). He seasons this tale, World Gone By, with abundant background and biographical information about his characters – thieves, murderers, and extortionists. The pace is slow and a bit plodding. As the plot develops, the reader becomes aware of the human foibles and quirks of these “bad guys.” They should be despicable but Lehane sympathetically portrays the people behind their life situations. 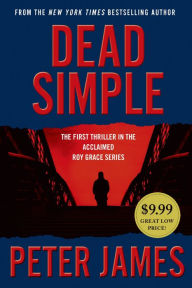 Claustrophobia warning! Author Peter James casts his story lines one by one to set up a race against the suffocation death of Mike Harrison, a bridegroom and prankster, who is being dealt some serious playback by his buddies just days prior to his wedding.

Crisp dialogue with the right balance of details and description keep the action going. A third person narrator leads the reader through the crash of the bachelor party van and the deadly aftermath. Readers will settle in with Detective Superintendent Roy Grace while he addresses the disappearance of Mike Harrison.

Dead Simple is the first in a nine volume series by James featuring Roy Grace. Clearly, this thriller has piqued this reviewer’s interest. Here’s hoping the rest of the series matches up with this splendid beginning.