Author Michael Robertson crafts a charming series set in London based on a famous locale – 221B Baker Street. As any mystery/crime fan knows, that’s the address for Sherlock Holmes. The sleuthing duo for the Baker Street series consists of Reggie and Nigel Heath. Reggie, a barrister, keeps offices at the famous address. Reggie’s love interest, Laura Rankin, is torn between two suitors. Laura’s other suitor, Lord Robert Buxton, is a self-serving tabloid publisher who is easily deluded. Since he is ridiculously wealthy, what better name than Lord Buxton, a brand of wallet! Nigel has moved to the USA and is often called back to the United Kingdom to assist in solving the dilemmas Reggie becomes entangled in due to the Sherlock Holmes connection.

As usual, the intertwined plot lines are charming but a bit simple. The characters are perfect for the tale. Reggie enjoys swooping around corners and through the streets of London in his Jaguar. Laura is a beautiful movie star and the secondary characters are a bit eccentric. There’s an odd request made to Sherlock Holmes from a language translator, an elderly wealthy American woman wants to bequeath her estate to Homes and Lord Buxton goes missing.

The dialogue and scene descriptions contain plenty of puns and double entendres that enrich the reader’s experience. The story picks up where the prior book left off; however, readers new to the series will have no trouble following along. The book reads like a movie or TV show with a somewhat comical and stilted feeling. It’s reminiscent of a series written by astrologer Mitchel Scott Lewis that center around horoscopes – Death in the 12th House, Murder in the 11th House.

The newest addition to the Baker Street series is perfect for leisure reading! Cheerio.

This book will be released in a trade paperback edition ($15.99) on February 25, 2014. A prior book, The Brothers of Baker Street, was reviewed earlier on this site: 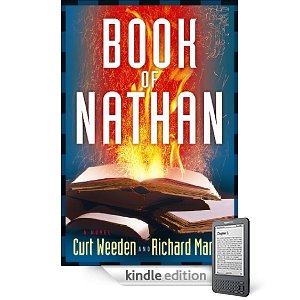 Co-authors Curt Weeden and Richard Marek have teamed up to create a fascinating novel that is part mystery and part life lesson.   Their main character is Rick Bullock, formerly a successful Madison Avenue advertising man who turned agnostic soul saver when his beloved wife, Anne, died from a brain tumor.   Rick has refocused his life and manages a shelter for men in the inner city.   He knows his clients and when one of them named Zeus is accused of a high-profile murder, Rick makes it his task to prove the accusers wrong.

The first person narrative is an excellent vehicle for combining the disparate elements of the tale.   Rick’s thoughts and actions are consistent with a man of high moral principles.   Fortunately, the authors have resisted portraying him as a saintly type.   He is capable of trickery and a little arm twisting to obtain the resources needed to travel to Florida where Zeus is incarcerated.   Lacking funds for the journey, Rick calls in a favor from a buddy in his advertising past, Doug Kool, who is a fundraiser par excellence for a big nonprofit.

The team Rick takes to Florida is a rag-tag group.   Some of them are helpful for the mission (Doc Waters and Maurice) and one is a genuine bundle of precocious trouble (Twyla Tharp – no, not that one).   This reviewer was reminded of The Wizard of Oz and the pilgrimage that Dorothy made with her band of seekers.   Amazingly, the story line manages to stay reasonably tight and manageable regardless of the wide variety of characters.   Oh, did I mention that an extremely wealthy man also plays a part?   Indeed, the reader will discover more than the identity of the killer by the story’s end.

The values and moral judgements presented are all too real and not off the scale of everyday issues we all face.   Kudos to Weeden and Marek for delivering their message in such an entertaining way.   Highly recommended.