I Feel the Earth Move

In all the world I had never seen anything so strangely inhumanly beautiful.   In this place, man would soon seem simply extraneous.   I shivered.   I did not think I would feel welcome for long in this world where the very earth spasmed and the great trees would not acknowledge my presence.

Between finishing college and starting graduate school, I was lucky enough to have a summer job that involved taking young people camping in the Santa Cruz Mountains in northern California.   This is a unique area – a special place – filled with ancient redwoods and wild animals, including bears, and being there is an other-worldly experience.   If you can’t take a trip there, you may wish to read Fault Lines, which permits the reader to experience the place via the eyes of a Southerner making her first trip to California; and, for good measure, Siddons throws in visits to Los Angeles and San Francisco in this novel about a woman whose life is shaken up – a woman who experiences “an earthquake in the soul.”

Merritt Fowler is a proper Atlanta housewife, married to a succesful physician named Pom, and mother to Glynn, her sensitive sixteen-year-old daughter.   For years she also served as a pseudo-mother to her younger sister Laura, an actress who fled to southern California after finding it impossible to live in the household of the stern doctor Fowler.   Pom turns out to be one of those good men (he provides free health care to the poor of Atlanta) who practices good deeds everywhere except in his own home.   He’s also unable to face reality when his mother – whom he insists be referred to as Mommee – is afflicted by Alzheimer’s and her actions become literally life-threatening.   When Glynn insists that Mommee be placed in a residential care facility, Pom becomes so hostile toward his daughter that Glynn runs away to join her aunt Laura in Palm Springs.

Merritt has been the responsible and forgiving one her entire life, but this single incident permits her to see that her husband has become (in the words of Jackson Browne) a “perfect fool”   She stands up to Pom for the first time, and elects to go and find her daughter and bring her back home.   Once she gets to California, she sees that both Glynn and Laura are different people there than they were in Georgia…  and the environment begins to also take hold of her actions, and of her very being.

In California, Merritt – who is said to resemble the late actress Kay Kendall – realizes that she and her sister and daughter are all viewed as great beauties, even in a city (Los Angeles) filled with actresses.   And she begins to become fascinated with the notion of earthquakes, especially after experiencing her first one.   She’s unaware that the big earthquake, in her personal life, is soon to hit.

Oh, it was such a day, it really was.   A pinnacle day, a ball bearing on which a life turns.

While this novel starts slowly, filled with dialogue that initially seems to be both clumsy and awkward (I had an image of actors practicing their lines off-screen – never able to get them right), the reader’s patience is rewarded with an engaging story that warms up to the point where you don’t want to put the book down.   If Merritt begins as a cardboard figure, she soon turns into a person alive as you or me…  Merritt’s a person – a mature person – who is still trying to find her place in the world.   She’s lost herself in the air somewhere between Atlanta and LAX, and now she has to decide if she’s the Merritt of Old Atlanta or the Merritt of the New West.   The way in which she finds herself will surprise you.

Highly recommended.   Siddons is a writer who wisely pulls her punches before delivering a knockout blow.

A review copy was provided by the publisher.   “A literary meteor shower…  One great read.”   Detroit News/Free Press

Note: There is one glaring error in the novel.   The college in Santa Cruz is called USC Santa Cruz on page 274, when it is actually the University of California, Santa Cruz (UC, Santa Cruz or UCSC).

Our local fish wrapper challenged its avid readers to come up with their own list of books to read this summer.   Here’s my list of ten (10):

Shut Your Eyes Tight: A Novel by John Verdon (July)

The second retired NYPD Detective Dave Gurney novel from the author of the mind-blowing Think of a Number.

Not quite as good as Think of a Number, but a close and exciting runner-up.

From the author of Off Season, it’s set in the redwood country near Santa Cruz, with stops in Atlanta, San Francisco, and Hollywood-Los Angeles.

Furious Love: Elizabeth Taylor, Richard Burton, and the Marriage of the Century by Sam Kashner and Nancy Schoenberger (June)

The true story of the monumental love affair between Elizabeth Taylor and Richard Burton.   “Reads like a Shakespearean drama.”   USA Today

Skipping a Beat: A Novel by Sarah Pekkanen (February)

Her debut novel, The Opposite of Me, was endorsed by Judith Weiner.   Enough said.

Guilt by Association: A Novel by Marcia Clark (April)

I’ve read it, but it was so much fun that I look forward to reading it again!

The American Heiress: A Novel by Daisy Goodwin (June)

What happens after a storybook wedding? 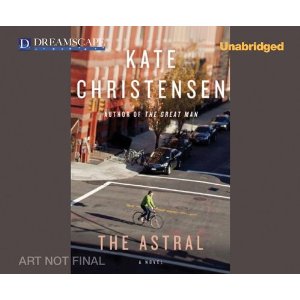 The Astral: A Novel by Kate Christensen (June)

This story has as many weaknesses as it has strengths, but it is highly engaging in an inexplicable way.

Robert Redford: The Biography by Michael Feeney Callan (May)

Biographies of famous but  secluded figures tend to be either brilliant or full and complete disasters.   I’m interested in seeing which category this one falls into.

Before Ever After: A Novel by Samantha Sotto (August)

A debut novel about a woman who finds out that her dead husband (going on three years) may very well be alive.