I’ve been a huge fan of the music of the late Gene Clark. In fact, when I purchased the 2006 Byrds 4-CD box, There Is a Season, the first thing I did was to find all of the songs written or co-written by Clark and place them on a single CD-R. So I anxiously looked forward to hearing Two Sides To Every Story, a record that, as noted by Clark’s biographer John Einarson, “was (less than) appreciated in 1977.” After listening to the 10 tracks on Two Sides To Every Story, I can understand why the album was not a commercial success.

Story has been re-issued by High Moon Records in a deluxe hardbound Eco-Book (actually, a booklet) with 26 color pages. An enclosed download card allows one to hear over 90 minutes of Clark songs performing live in 1975.

Here’s a look at the content of the album.

“Home Run King” sounds like a Michael Nesmith tune. The lyrics do not make much sense: “You are either the newspaper boy/Or you’re either Babe Ruth.” Interestingly, the song is structured a lot like “The Bug” from Dire Straits: “Sometimes you’re the Louisville Slugger/Sometimes you’re the ball.” It’s a whimsical track but Clark did not seem to enjoy singing it.

“Lonely Saturday” is a straight country – not country-rock – tune that might have fit well on a Jimmy Clanton (“Just a Dream”) or Jimmie Rodgers album. It’s a high quality song but Clark’s limited vocal range in ’77 does not do it justice.

“In the Pines” is a banjo and violin-laden track that’s 110% country and needlessly over the top. This song speaks of a “black girl” who causes the singer to leave his home, while “Home Run King” referenced “the black Madonna sleeping with a star.” Autobiographical?

“Kansas City Southern” is a rocker, fortunately. It’s kind of like Bob Seeger-meets-the Eagles. If only the entire album was like this! “Well, I’d sit and watch those trains go by/And wish that I was homeward bound.” It’s a track that requires some attitude to be done properly – Clark is not quite up to the task here. I’m sure that either Rosanne Cash or Bonnie Raitt could record a dynamite, knock-your-socks-off version.

“Give My Love to Marie” is Clark’s cover of a song written by James Talley about a black lung miner. It’s an emotional ballad about a poor dying man (“There’s millions in the ground/not a penny for me….”) that would have been a splendid B-side if “Kansas City Southern” had been released as a single. It’s definitely the best vocal performance by Clark on the album.

“Sister Moon” is a simple 12-line song in the vein of “Moonlight Mile” by the Rolling Stones. There’s too much orchestration because there’s not much content to the song: “Ah, Sister Moon, I am your son.”

“Marylou” is a gritty blues-rock cover of a song written by Sam Ling and Obie Jessie. It’s somewhat reminiscent of “Steamroller” by James Taylor. If John Cougar Mellencamp were to ever record a covers album, he might want to include this one.

Should Jackson Browne be countrified, he would sound like Clark does on “Hear the Wind”: “Life’s the house where we live/We cannot feel tomorrow/Only feel what we give.” It’s a three-minute track that’s pretty weak. “Past Addresses” is a wordy Clark composition – wordiness never being a problem with his earlier songs – that imparts a wistful Late for the Sky feel: “I can only make guesses/On some of my past addresses/And tell you what my broken memory recalls.”

The album concludes with “Silent Crusade,” a song about life as a journey on the ocean. It reads as a nice, admirable poem performed in the style of Gordon Lightfoot. But Clark’s voice cracks and fails him on this closer.

Story is a collection of songs with more losers than winners. It’s more country than country-rock, which limited its appeal back in 1977 and may well do so again. The remastered sound is fine. However, at an Amazon price of $33.47 it’s awfully expensive (even with the live tracks that can be downloaded), especially when you consider that the limited edition deluxe of Rosanne Cash’s The River and the Thread, also packaged in an Eco-Book with 36 color pages, goes for $16.19 on the same site. 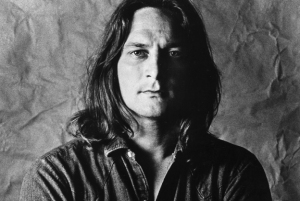 I think Two Sides to Every Story will appeal to Gene Clark completists. It’s unlikely to hold much appeal for others.

This article first appeared on the Blogcritics site and in the Seattle Post-Intelligencer: