Home Is Where the Hearth Is

Display had become the essence of the house. This public display of the private was considered to have a moral dimension, too. Immanuel Kant thought that “No one in complete solitude will decorate or clean his house… but only for strangers, to show himself to advantage.”

Judith Flanders presents her survey of the evolution of the house into a home in an unmistakable textbook format with glossy color illustrations, notes, bibliography and index. The writing is a bit stilted; however, Ms. Flanders is British. This may just be her natural style. She takes a close look at what we believe to represent past times and daily practices and brings a logical scene to her reader.

Apparently, those of us who are inclined to study interiors from the distant past have done so only at a superficial level. There’s more to what was meant in those historic paintings of rooms such as Jan van Eyck’s Arnolfini Wedding Portrait (1434). Social mores, values and fantasy are often present in the form of innocuous fabrics, colors and subtly placed items.

The evolution of relationships (men, women and children), geography and personal values are all determining factors in what was the place for sleeping, cooking and keeping animals – a house, and what we now call a home.

The cadence of the narrative evens out once the reader is past the first few chapters and becomes more of a lecture rather than a heavily laden introduction to the concept of a dwelling.

On the heels of the recession there was a resurgence of interest in small houses, and even smaller retreats.

Residential architect and small dwelling advocate Katie Hutchison follows in the illustrious footsteps of Sarah Susanka, author of the Not So Big House series. Both women are experts in the use of materials, site and scale. Taunton Press has added to their coverage of housing possibilities with The New Small House.

Smaller is better for a certain segment of the house-buying public. Ms. Hutchison focuses on dwellings that are not just small (at 1700 square feet or less) but also smartly laid out, sited and built with carefully selected materials. Her 10 small house strategies are defined up front and eloquently illustrated through a series of in-depth reviews of homes and retreats across the United States. 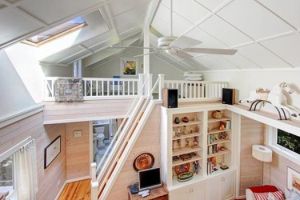 The book is a guide to what makes for a successful new small house. Hutchison goes into specific details about each of the beautiful and unique dwellings. The icons that alert the reader to the strategies employed are posted with each selection. Several of the owners are fellow architects who are clearly kindred spirits of hers.

The New Small House is meant to prompt thoughtful consideration of how we can live with less and make better choices. It also gives the reader plenty of ideas for downsizing or building a personal retreat.