Is the debut album from The Olms a hit, a miss or something in between? 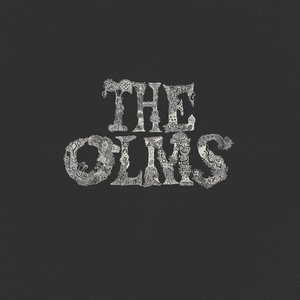 If you missed the rock music era that ran from the mid-60s through to the end of the 70s, you can catch up to some extent by listening to this eclectic collection of 10 retro songs from the Los Angeles-based group The Olms. The Olms are Pete Yorn, who gives off something of an Owen Wilson-crossed-with-Ray-Davies vibe, and J. D. King, a combination of George Harrison and Michael Clarke (the late Byrds drummer) in appearance. It’s perhaps no accident that you’ll hear echoes of The Kinks and The Byrds in their music.

This debut album runs a couple of seconds less than a half-hour in length, and it was recorded on analog tape. Listening to the CD sounds like you’re hearing a cassette version. Whether that’s good or bad is up to the listener, but it adds a period touch to the release.

Here’s a quick look at the tracks.

“On the Line” is like The Traveling Wilburys (“End of the Line”) mixed with the Kinks. The megaphone vocal is by King, while Yorn contributes Davies-style background vocals. “Someone Else’s Girl” could have been a track from Damn the Torpedoes by Tom Petty and the Heartbreakers. There’s also a touch of The Beatles’ “Things We Said Today” in the song. The music sounds like a weekend drive through Los Angeles. Blissful.

“Twice As Nice,” the first-ever Yorn/King composition is an uplifting song that calls to mind The Beach Boys and America. “Walking down Record Street at night….” Clever. “Wanna Feel It” is the single, which has a nice rhythm but ultimately goes nowhere. All promise and no delivery, which is perhaps why it ends abruptly two-thirds of the way through and segues into “A Bottle of Wine, etc.” This sounds like a late-period Byrds song that might have been included on either Sweetheart of the Rodeo or Dr. Byrd & Mr. Hyde. It melds beautiful lyrics with unique and playful instrumentation. “It’s a lonely world without the one you want.” Sweetly melancholic.

“Another Daydream” is a Pet Sounds-style song with a beautiful melody and the strangest lyrics since “A Horse With No Name”: “Koolaid sheik wandering the desert/Stranded in time feeling alone/Cold sweat drying in the garden/Cactus flower saying hello.” What?

“Rise and Shine” is by far the weakest song on the album. And it’s meaningless. “I check the kitchen but there’s no one there/I start the engine yet go nowhere.” This might have served as a throwaway track on an album by The Monkees.

“What Can I Do?” is Yorn’s full-on Ray Davies act. “You know it’s useless baby we can’t say goodbye/We’re going to be together till one of us dies!” “She Said No” is King’s gruesome yet entertaining song. It’s his serio-comic version of Neil Young’s “Down By the River.” “Only One Way” might have been the last track on a Byrds album. The lyrics say, “We’ll see you next time.” Yorn channels Davies again while King’s guitar work combines George Harrison and Roger McGuinn.

All in all, The Olms is a mixed effort. The album has some high highs, but they’re counterbalanced by some very low lows. Although Yorn is quite a good drummer, the energy level is off compared to their live performances (Google the olms kcrw). When they played these songs in a live session at Apogee Studio for the KCRW audience in Los Angeles, there was a spark, a sense of joyfulness (Yorn played the opening chords to The Kinks’ “Lola” and sang a fine cover of “Love Is All Around” by The Troggs), and a love of life and playing that’s absent in the flat-by-comparison album versions. The songs were also played at a faster pace when played live.

It’s a shame that the excellent KCRW concert was not taped and released as the debut effort by this group. Still, The Olms serves as a heartfelt tribute to days gone by.

A review CD was provided by a publicist. (Photo: Justin Wise/KCRW)

Music Review: The Olms – ‘The Olms’

The review was also used by the Seattle Post-Intelligencer: