Can’t Buy A Thrill: The Book Reviewer’s Slump – An article for Turn The Page, an occasional column about book reviewing.

Book reviewers are often faced with an embarrassment of riches.   They may receive hundreds of books in a short period of time, either directly from publishers or indirectly via book review publications.   This may translate into becoming less excited over the less publicized new releases.   I’m reminded of when I managed a college radio station’s music library…  The record companies sent us records every day, usually multiple copies of each release.   The longer this went on, the more we felt the temptation for the DJs to spend their time listening to the big, mega-releases like the latest from the Rolling Stones or Steve Winwood.   It was hard to pull away to listen to a new album recorded by a promising, virtually unknown and self-proclaimed bar band from San Jose.   (They went on to become wildly successful as The Doobie Brothers.)

It can be like that for the book reviewer.   At first, he or she will jump at reading and reviewing anything that’s sent.   Then the reviewer will find that he becomes pickier as time goes by.   It may be especially hard to read a debut novel by an unknown author when so many releases by major authors – from the major publishers – are whispering, “Read me!” in his ear.   This is but one of the issues that will arise. 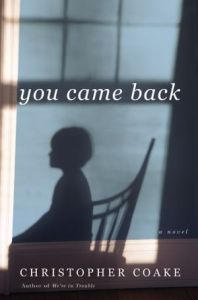 Another issue occurs after reading an almost perfect book.   I had this experience recently after finishing the novel You Came Back by Christopher Coake.   I went to my stack of “to be read” books and, no matter how hard I tried to read each of them, they simply felt flat by comparison.   Moreover, I felt as if I could see the stitches in the tales when comparing them in my mind to Coake’s virtually seamless story telling.   I finally came to realize that Coake’s book – labeled a ghost story – is about what sudden loss does to human beings.   I then searched for a book with a somewhat similar theme and found it in the novel Gone by Cathi Hanauer, a story about a writer-mother-housewife whose husband leaves with the young, sexy babysitter and doesn’t return.   Gone and You Came Back are nearly mirror images of each other.   In music, it was like when the Beatles released Let It Be and the Rolling Stones released Let It Bleed. 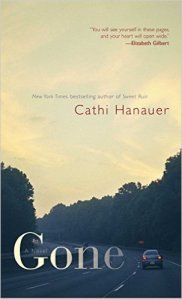 After reading these two somewhat similar tales, I felt free to experiment with something completely different, which turned out to be an historical novel; fiction based upon a little bit of fact.   But sometimes shaking the grip a great book has on you – a type of literary hangover – takes days to be loosened.   For the book reviewer, this may mean not following through on a commitment that was made earlier; or delaying meeting the commitment.   But that’s the way life is.   As John Lennon was to so wisely state, “Life is what happens to you while you’re busy making other plans.”

Above, I’ve compared two novels to each other, and this leads me to wondering whether a publishing house or publicist should do the same.   It seems like a potentially risky business.   If the book jacket promises that, “Anyone who loved Milo’s Story will adore spending time with Fluffy’s Tail!” there’s the risk of making the reader who truly loved the former, but doesn’t like the latter – such as a dog lover who can’t abide cats – extremely angry.   I think these types of comparisons have more of a downside than an upside.

A better strategy, in my view, and one that draws me in, is to post a blurb by a respected author who writes in the same genre as the new, relatively unknown author.   I may be quite unsure that I want to spend time reading a book by Bill Unknown, but if there’s a front jacket blurb by David Major (you know, the one whose book was made into a movie starring Anne Hathaway) stating, “Bill’s a truly great find!   Trust me, you must read this!” I’m likely to take the chance.   That’s because David Major has little to gain and a lot to lose by letting his name be used in a less than forthright way.   Let’s just hope that I haven’t received the galley of Unknown’s forthcoming book right after I’ve finished reading You Came Back.

Who knew that Cleveland, Ohio could be so interesting?   Lisa Black, a member of the National Academy of Forensic Sciences, proves that there’s more to Cleveland than the Rock ‘n Roll Hall of Fame.   Her third Theresa MacLean book is not only set in this Midwestern city, it features some really gory murders that are based in fact.   Black’s main character is a forensic scientist who happens to belong to a family with a history of crime fighting all the way back to her grandfather.

When present day murders bear a striking similarity to Cleveland’s most horrific killing spree during the 1930s and 40s, the city police and coroner’s offices are summoned to cut short the present day nightmare.   Theresa and her cop cousin Frank are at the center of the action.   Yes, Theresa takes more than her share of risks; however, she also uses her instincts to get out of peril.   There are plenty of false leads and hints to keep the reader guessing right up to the end of the book.

There are several other mystery/thriller series written by expert authors that feature main characters with similar talents.   The most notable of these is the Kay Scarpetta series by Patricia Cornwell.   Black unfolds Trail of Blood as a more personal story with less ostentatious criminology and more good-old-fashioned shoe leather detecting than does Cornwell.   In addition, the story is actually told in two time frames, current day and 75 years ago.

Black is excellent at keeping it real.   The mix of accurate historic details, a map up front in the beginning of the book and a detailed timeline of the original murders set this book apart from the rest of the pack.

Well recommended to fans of thriller novels that actually have more than gore to offer.