Musician P.J. Pacifico sounds different on his new EP release. Does the change in direction work?

Singer-songwriter P.J. Pacifico is going through some changes, as reflected in his latest release, an extended play (EP) disc entitled Ready to Run. The time he spends writing songs in Nashville is now augmented by time spent in the City of Angels. The influence of Los Angeles can be seen on the cover of Ready, which pays homage to Jackson Browne’s Late for the Sky album. And Pacifico is co-writing songs with the team of Garrison Starr and AG, women who also handled the production on this release. 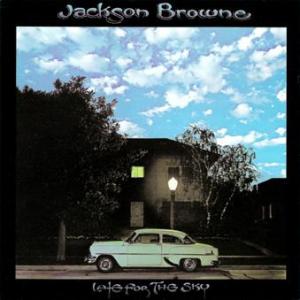 Pacifico has come to terms with his status as a long-term cancer survivor (Hodgkin’s disease), a theme that runs through the five songs on the EP. And he’s gone retro, focusing on capturing the sound of the 1980s on this grouping. Does it all work? Well, let’s take a look at the songs on Ready, four of which can be seen and heard on YouTube.

“All for Something” is the first track, and it opens with the sound of a heartbeat. It sounds like a Sting recording crossed with Paul Simon during the latter’s Graceland period. Pacifico is reflective as he sings: “Baby, nothing good ever comes easy/And everybody knows it/I swear it’s all for something/If you’ll keep holding on.” The song could either be about a lost love or surviving a dreadful disease. This is a song that remains with the listener for a day or two after hearing it.

“While You Were Looking Away” is like Simon melded with Browne. The lyrics are definitely Browne-ish: “Nobody could have loved you better/It wasn’t getting any easier/Oh, I ran out of reasons to stay/While you were looking away/You don’t know what you want/You don’t want what you have/And now there ain’t no one left/You can blame me for that.” Note that Pacifico feels guilt, something that’s also true on the next track.

“Among the Living” is clearly about Pacifico’s experience with disease and his guilty feelings over having survived while others did not: “I was surviving/I want to forgive myself/For I’m among the living.” It’s a good song, but it’s marred by the heavy-handed production. There’s too much bass and Pacifico’s voice is at too low a range. “Living” would have been more effective if given a George Harrison-style arrangement. Still, Pacifico gets off a great line: “The thing that might kill you/Just might save your life.” He should know.

“I Want Your Love” is the track that’s not on YouTube, but it should be. It sounds like a Bruce Springsteen composition and production, with a bit of Ryan Adams thrown into the mix. The song closes out, quite interestingly, with Beatles-like sound effects. A very effective song, it should have been the single.

“Ready to Run” closes out the set with another overly-produced song. The sounds bury the vocal and the melody. In terms of reflecting the ’80s, this comes off as more Bryan Adams (“Run to You”) than Browne (“Running On Empty”). “Ready” would have been more memorable if delivered in a humble, pensive Browne-like style. 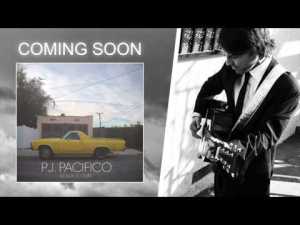 It’s understandable that artists like to change things up, and it’s admirable that Pacifico’s taken risks on this new release. But I found there’s an overall sameness to the tracks due to the heavy, boomy production. This makes listening to this EP somewhat tiring. Make that more than somewhat.

I may well be in the minority, but I’d love to see the talented Pacifico return to the quieter guitar-based, almost folk rock sound reflected on earlier songs like “Half Wishing,” “Champions and Guardians,” and the beautiful “Lakeshore Drive.” I think Pacifico is in his natural sweet spot when he’s channeling the sound of the 1960s and ’70s.

Long-time Pacifico fans will no doubt want to pick up Ready to add to their collection. For those new to him, I’d suggest sampling his work on YouTube to see if you prefer his prior or current sound.

Recommended, with some reservations.

A review copy was provided by a publicist.

This review was first posted on the Blogcritics site: