Any Major Dude Will Tell You

“We both liked recording studios. As much as anything else, it was just the coolest place to be on a hot afternoon.” Walter Becker

“We grew up with a certain natural ironic stance that later became the norm in society.” Donald Fagen 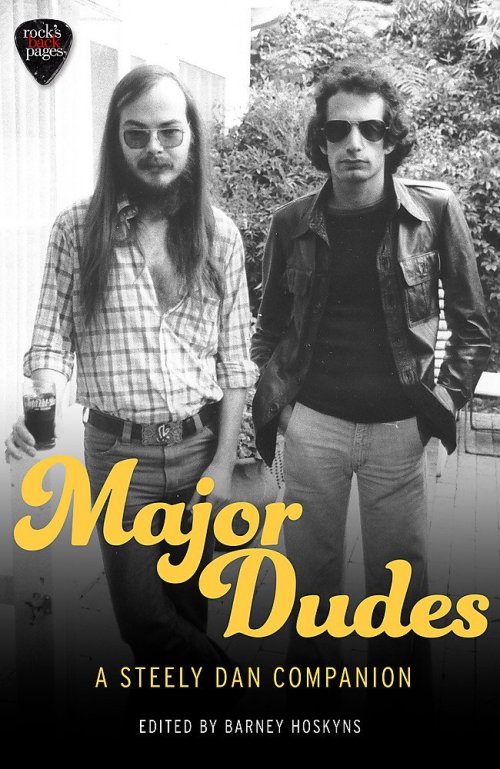 The enigmatic band Steely Dan has been popular – and mysterious, since the 1970s. Major Dudes: A Steely Dan Compendium demythologizes the group while at the same time adding a new layer of mystery.  Editor Barney Hoskyns has compiled a collection of previously published articles, interviews, and record reviews about the work of Donald Fagen and the late Walter Becker – both as Steely Dan and as solo recording artists.

It’s made clear in these pieces that Fagen and Becker viewed themselves as clever hipsters; ones who were far too cool for the college they attended, Bard – “One of your basic beatnik colleges.”  In a sense, Steely Dan’s lyrics and music moved the ball forward in the genre of being cool.  In the process, they were among the progenitors of progressive album rock and smooth jazz.

In Major Dudes, Fagen and Becker come off as quite likeable.  However, they were always in character in the same manner as Bob Dylan is.  One is never going to fully understand what made them tick.  Their goal, perhaps, was to simply produce popular but uniquely intelligent music.

This compendium could have been better edited by Hoskyns.  It’s quite repetitive. But for fans of The Dan, it’s close to essential reading.

A review copy was provided by the publisher.  This book will be released on June 5, 2018.

The Rest of the Story 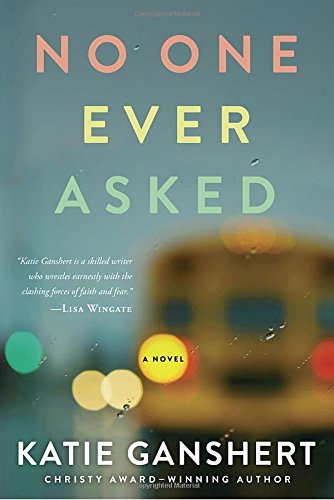 Sometimes a promising novel is destroyed by the story telling structure selected by the author.  I found this to be the case with No One Ever Asked.  The fictional tale, about racism and socio-economic differences that affect two public school districts in Missouri, is a worthwhile one.  Ganshert well illustrates how racism impacts everyone – rich and poor, majority race or minority – whether it is overt, covert, deliberately hurtful, or inadvertent.  And this would have been a relevant read for these times if only she had written the tale in standard chronological form.  She did not.

No One starts with a dramatic event.  The event covered in the Prologue – something a novel almost never needs, takes place near the end of the events covered in this book.  Thus, the next 300 or more pages take the reader back in time to see what preceded the climactic event.  The reader’s patience might not have been tried if Ganshert had taken 10, 20 or even 30 pages to “set up” the non-linear story in this unexpected way.  Unfortunately, and regrettably, she used 300 or more pages to do so.  Not only this, she often refers to events that, in legal terms, “are not in evidence.”  For example, an incident that occurred in a boy’s high school locker room is referenced multiple times.  But the reader is never informed, until near the very end of the telling, as to what exactly was involved in this incident.

Hiding the ball from the reader in this fashion builds up fatigue and frustration.  I was ready to put the book down many times, for good.

There’s also the distressing fact that No One has so many characters – white and black, prosperous and poor, that you would need to keep a spread sheet in order to keep track of them.  And the author’s style is not only confusing and sometimes bewildering, but often choppy.

By the end of No One Ever Asked, I realized that Ganshert had written a decent story which might have been enjoyable had she simply kept it straight (chronological) and simple.  She did not.  I am hopeful that an editor will advise her to follow the common path of storytelling in her next effort.  Cleverness for its own sake is rarely a reward for the reader. 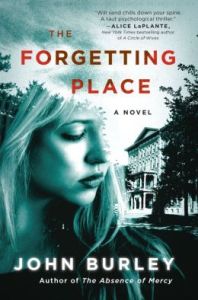 A review of The Forgetting Place: A Novel by John Burley, which will be released on February 10, 2015. 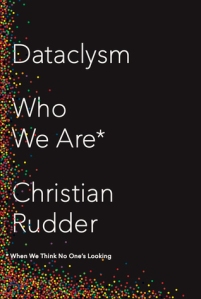 A review of Dataclysm: Who We Are* (*When We Think No One’s Looking) by Christian Rudder.

A review of The Repeat Year: A Novel by Andrea Lochen. 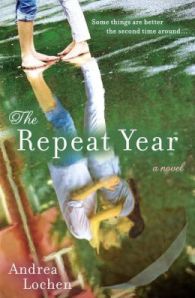 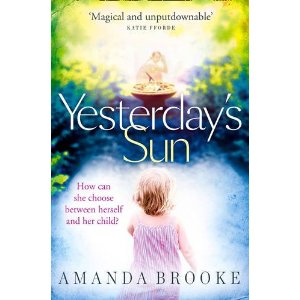 A review of Yesterday’s Sun: A Novel by Amanda Brooke.

A preview-review of The Bartender’s Tale: A Novel by Ivan Doig (author of Work Song). 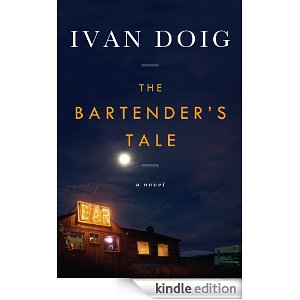 Anne Tyler is one of our national treasures as a writer.   She is best known as the author of the novel (and film) The Accidental Tourist.   She also won the Pulitizer Prize in Fiction for Breathing Lessons: A Novel.   Tyler has just released a new novel, The Beginner’s Goodbye, in which she explores how a middle-aged man, devastated by the death of his wife, is gradually restored by her frequent appearances – in their house, on the roadway, in the market.   It is said to be, “A beautiful, subtle exploration of loss and recovery, pierced throughout with Anne Tyler’s humor, wisdom, and always penetrating look at human foibles.”

Click on the link below to read Chapter Two of The Beginner’s Goodbye: A Novel by Anne Tyler: 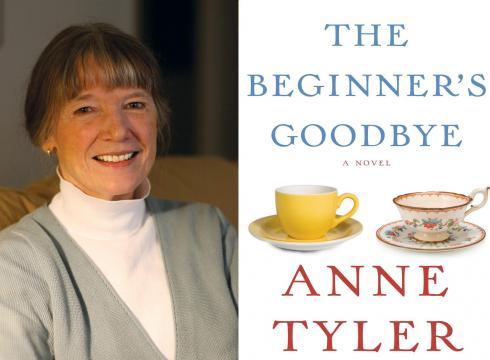 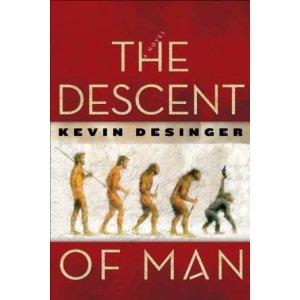 The Descent of Man explores an interesting premise:  In the face of fear, can humans actually de-evolve into their basest nature creating a world where self-preservation overtakes reason and higher-order thinking?

The book opens when the main character, Jim, and his wife, Marla, hear two car thieves attempting to steal their car in the wee hours of the morning.   Jim’ s subsequent decision on how to act, and then an impulsive, unplanned act, come together instantly to set off a chain of events that involve a lie, which, of course, leads to subsequent lies and more complications before the story finally resolves itself.

The tale starts off well.   While the theft of a car may lead one to initially assume that the book will be an action/suspense story, a great deal of the early portion of the book is told from a psychological, philosophical point of view through the inner workings of the minds of the main characters.   This is where the book works best.

As the story unfolds, a promising concept begins to unravel.   It is possible the author tried to do too much at once.   For a while, the reader may want this to be a thriller, with humans hunting down other humans, car chases, accidents, and scenes that take place in the seediest part of town.   Or, they may like the parts that stick to the introduction and are a psychological drama about tormented and tortured souls.   Or, they may like the scenes that touch on the relationship between Jim and Marla and want more of the “love story”, for lack of a better term.   But the reader gets a little bit of each and not enough of any of them to be truly satisfied.

It is hard to know what to make of the detective in the story.   Does he want to help Jim, or is he setting Jim up?   Clearly, he does not trust Jim, yet at the end, they seem to form an interesting, through unrealistic bond.   One painful incident from the couple’s past is introduced, but does not do much to advance the story or give hints as to the current nature of their relationship.   Perhaps, in fact, the most unsatisfying parts of the story are those that focus on Jim and Marla.   Jim is supposedly desperately in love with her, and she wants badly to reconcile after events cause them to be apart for a while.   But most of this picks up about halfway through, when the reader believes the story is headed in a different direction.   There just isn’t enough to them to care very much about their relationship.   The crimes, lies and curiosity about who might get caught, killed, or whatever, is much more intriguing.

There are some other problems from a plausibility standpoint, like when Jim buys a gun from a hooker he hardly knows during one of his insomniac-based ventures into the town’s red light district.

In this reviewer’s opinion, author Kevin Desinger has promise, but the book falls a bit short despite some strong passages that peak the reader’s interest.

A review copy was received from the publisher.   The Descent of Man will be released on May 3, 2011.

A review of Night Road, the new novel from Kristin Hannah (Winter Garden). 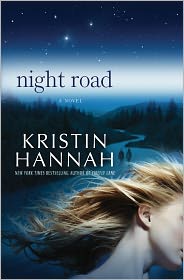