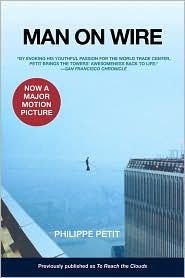 Finding the Balance in Book Reviewing

A book reviewer needs to find a fine balance in approaching a new work of fiction, although the reviewer is not always going to deliver the product that each reader is seeking.   A review should perform a service by answering the question, “Is this book worth my money or – even more importantly – my time?”   Still, there are other considerations.

First, there’s the knowledge that some readers simply want a synopsis of the story.   Although they could look this up at Google Books or Amazon or elsewhere, they want to know the plot and what the book’s about.   And some reviewers, often newspaper-based, just deliver this skeletal information.   But it’s about as helpful as one of those new car write-ups in which the test driver/journalist tells you everything about the car (price, features, and available options) except whether or not it’s fun to drive.   So a review needs to be more than just a summary.

Is it the Singer or the Song?

The first thing to be analyzed about a new novel is whether the magic lies in the story or in the telling.   Is it the song (story) or the singer (writer)?   If the strength is in the story, then the plot should be laid out in the review, stopping short of revealing the conclusion.   Some authors who are not necessarily the most skilled writers make their living off of great plots, great set-ups.   This being said, many new authors write debuts that start off strong but lose their focus half or two-thirds of the way though.   Good to great ideas are not always sustainable over 300-plus pages.

If the story is not much, but the writing is impressive, then that’s what the reviewer should focus on.   Audrey Niffenegger, for example, does not come up with the most complicated plots…   Her Fearful Symmetry is a ghost story.   So much for the plot, except that she writes the heck out of it; which is why she makes millions per novel.   Hand another 100 writers the same plot, and it’s doubtful that any one of them would write a tale that’s in the same league.   And that’s reality, as John Lennon would say.

Once a decision is made as to whether the book has a strong plot or rests on technique, the direction of the review should be clear.   Some novels, sadly, are not going to be excellent in either category.   This may result in what’s called a “negative” review, which may bother some readers of reviews.   It bothers the review writer, also.   Reviewers would love to love everything they devote their time to reading but, in the end, reviewers must have a commitment to truth as they see it…   And if you don’t like the reviewer’s opinion, keep in mind that it’s just that.

What is, and should be, the reviewer’s obligation is to explain how he or she arrived at his opinion; building the case for the opinion.   You do not have to agree, but you should be able to examine the thought process that a reviewer went through in arriving at a positive or negative opinion.

About opinions – sometimes they’re everything in life, sometimes they’re nothing.   Brian Epstein’s guess that the Beatles were a pretty good band was a pretty good opinion.   The opinion of the guy at Decca Records in London who passed on signing them (“The days of guitar bands has passed.”) was nothing.   But he may have been the guy who signed the Rolling Stones to the label.   Such is life.

Should a reviewer read other reviews of the same book before writing his or her own?   It is probably best avoided until after the review is written, so that the reviewer is not influenced by the opinion of others.   Reviewing is not – and should not be – about finding consensus or mirroring public opinion.   It can, however, be helpful for a reviewer to scan other reviews in order to spot unique literary devices.   For example, earlier, I read a review in a newspaper in which the reviewer compared the novel’s story line to a bit of poetry.   I really liked that, so the very next time I read a novel, I searched for a line of poetry that seemed relevant for the review and I included it.

A nice idea and, hey, I don’t think anyone has a copyright on dead poets!