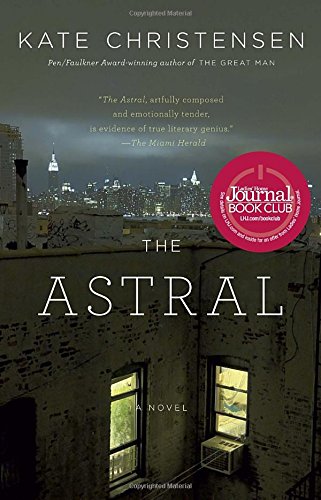 “We were all crazy, that was a given.”

“I’m nothing but a stranger in this world.”   Van Morrison (“Astral Weeks”)

This is an oddly engaging novel despite a number of very clear flaws in the telling of the story.   For one, it is difficult to stick with a tale stacked with characters that are simply unlikable.   Our male protagonist, Harry Quirk, is a poet married (but not for long) to Luz.   They live in Brooklyn and he writes “strict poems,” meaning formal ones of the type whose time came and went very long ago.

“When I was a wet-eyed boy starting out in the poetry racket, I pledged my lights to metered, rhymed verse.   My models were old-fashioned, and so was I.”

Harry engages in many irritating behavior patterns (What did Luz ever see in him?), the worst of which is the habit of picking at and cutting his own skin until a severe infection results.   Oh, but this is part of the story because it’s the reason that Harry seeks medical treatment and is first seen by Luz the nurse.

Harry’s best friend is a woman that’s he’s known for decades.   This shouldn’t be major but it is to Luz, who is convinced beyond a doubt that her husband is having a mad affair with this woman.   If Harry is not likable, neither is his long-term woman friend and Luz is definitely not.   In Harry’s words, “I was deeply tired of her unpredictable oscillations between abject devotion and irrational psychodrama.”

“She had wrecked everything I loved with her furious, insecure need to control my thoughts, my mind, my body, like a one-woman government.”

Harry doesn’t make any money with his poems – at least he hasn’t in decades.   But when he splits from Luz (“I was a wild animal who’d been trying to live in a cage.”) he’s able to rely on the kindness of his friend James who runs a very improbable business.   The business is called Custom Case, which designs and builds one-of-a-kind guitar cases for ultra-millionaire rock stars.   Yeah, right…

True to form, however, even our good man James is not likable.   “James was pragmatically cold, deep down, for all his seeming generosity and caring towards his wife.”

One of the key and basic issues with this novel is that Harry’s male voice just does not sound authentic coming from a female writer.   This is not to say this can’t work, it just doesn’t work here especially when Harry’s thoughts are often expressed in very dense language.   And some of the writing by author Christensen is close to painful, as in this sample:  “The brown shingled beach houses of the rich and privileged sat humped amid bare woods and dunes like big harmless cartoon bears.”   Cartoon bears?   Really?   (Maybe this is more embarrassing than painful.)

Still, what keeps the reader involved is the desire to see Harry find and develop a new life free of the shackles of Luz, who “twists any idea  until it matches her need to be right.”   Harry’s a man who’s been freed by accident – by a simple twist of fate – and we wonder if he’ll make the best of the opportunity.

At its end, this is a novel about a human who must find a way to let go of what was lost (like so much of the past in our own lives).   He must do this in order to move on with grace.

Extremely patient, tolerant and forgiving readers may like this story.   It’s hard to see that being true for most readers.