Just About a Moonlight Mile

Dennis Lehane’s Moonlight Mile is a typical crime novel that weighs in as above average, but not enough to be considered a great work. The book relies significantly on dialogue. When an author’s story rests on a foundation of dialogue, the dialogue had better be good. In this case, it is strong at times but cheesy at others. All in all, the results are mixed.

While Lehane’s earlier novel, Live by Night, was a superb novel with a crime backdrop, Moonlight Mile is more of a stereotypical crime novel; although there are high points found throughout, it is basically “run of the mill.”

Private Investigator Patrick Kenzie and wife, Angela Gennaro, are caught up in the sequel to Gone, Baby, Gone, in which the enigmatic Amanda resurfaces twelve years later. As in any good crime novel, Russian gangsters are somehow prominent and, in this case, baby smuggling is the theme/motive. Dre, the Doctor that becomes entangled in the enterprise, is introduced well on into the story – which makes it a bit difficult for the reader to track and become emotionally involved. However, the doctor’s dereliction of duty provides an explanation for how and why everybody involved is involved. Sadly, the character development is lacking.

Kenzie and Gennaro struggle through the fact that they are in a relationship in which one person is shot at on a regular basis. Luckily, they remain attracted to each other. Okay.

While this is, overall, a good book with an exciting conclusion that some – or even many – will enjoy, I found it to be just passable. One would be better advised to pick up and read any Frederick Forsyth novel. 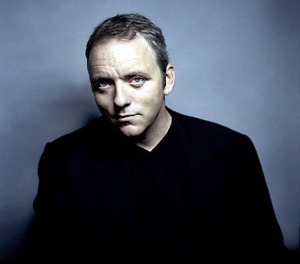 A review copy was provided by the publisher. Dennis Lehane also wrote Mystic River: A Novel.

Dave Moyer is an educator and the author of Life and Life Only: A Novel.