Women of Heart and Mind

Girls Like Us: Carole King, Joni Mitchell, Carly Simon and the Journey of a Generation by Sheila Weller (Washington Square Press; $17.00; 608 pages)

This is, quite simply, a fabulous book about the careers of three key singer-songwriter-musicians of the ’60s and ’70s and beyond; the three just happened to be women.   There was a big surprise for me in the reading, as I had earlier read that author Weller interviewed both Carly Simon and Carole King.   She did not have the opportunity to directly interact with Joni Mitchell.

Based on this, I fully expected this to be a book strong in details about Carly and Carole, and weak on information about Joni.   This was not the case…  As someone else said, Weller spoke to virtually every musician, friend and intimate in Joni’s life and it shows!

The next surprise is that I was sure the tales of Carly and Joni would sizzle like steak fajitas, while Carole’s life story would sit to the side like a bland order of re-fried beans.   Instead, both Joni and Carole come off as fascinating early hippie-earth mothers, who were blessed with both tremendous intelligence and natural musical skills.   (Despite my initial doubts, Weller fully and effectively makes the case for Carole’s stature in modern rock and music history.)

Carly, sadly, comes off as a patrician – daughter of the extremely wealthy founder of Simon and Schuster – who married a fellow patrician.   This, of course, was James Taylor, whose father ran the University of North Carolina School of Medicine.   “James was a…  lifelong-privilege man.”

Here, Carly’s career appears to be a product of social connections, luck (she was often said to be the least talented of the singing Simon Sisters trio) and blatant use of her long-legged sex appeal.   “(There was) a sex-teasing leitmotif in every one of Carly’s early albums.”

Also, a lot of Carly’s story is devoted to James’ drug use and abuse; a topic that simply does not make for interesting reading.   The days of wine and roses, this is not.   Concerning Carly’s patrician status, Jac Holzman, founder and president of Electra Records said that he and the singer “were from similar backgrounds – haute Jewish New York, although she was certainly more Brahmin.”

Further, Weller notes that Stephen Holden of Rolling Stone wrote of Carly with faint-praise-turned-full:  “She has the whitest of white voices and uses it well, singing…  with her fearless enunciation.   Her almost literal note-for-note phrasing of songs is…  ingenuous.”

Weller has to be given props for finding the fascinating details you won’t find in other musician/band bios.   I’ll provide just one example here…

Weller writes of a young man who cleaned apartments in the Bronx in return for using the occupants’ pianos.   While most immigrant families managed to scrimp and save enough to purchase a piano, this young Italian immigrant’s family was just too poor to do so.   We came to know him as Bobby Darin, and one of the tenement flats he regularly cleaned belonged to the parents of a young woman who came to be called Connie Francis! 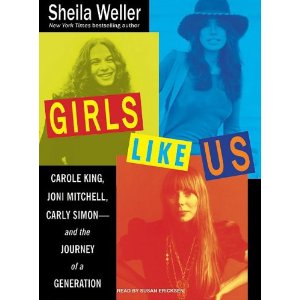 Weller may not be quite as talented when it comes to describing the turbulent culture and times of the ’60s and ’70s, but then this is still a rock and folk-music tale after all and not a pure historical overview.   All in all, this is a fabulous read that adds heft to the musical reputations of Joni Mitchell and Carole King, as it somewhat diminishes the career of one Carly Simon.

This book was purchased by the reviewer at Orinda Books.   Girls Like Us will be adapted by writer John Sayles into a screenplay for a Sony Pictures film. 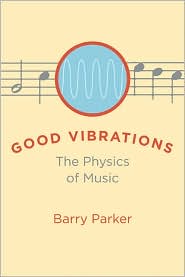 “Music is sound but it’s a very special type of sound.”

An alternate title for this book might have been Music and Math for Morons, but it is seriously easy to understand.   Yes, there have been many survey books out in the last few years attempting to explain the science of sound.   Most of them have been too high-level for the average reader to understand, including this reader.   Kudos should go to Barry Parker for translating a few not always simple-to-understand concepts into plain English.

It is clear that Parker loves having been born into a world that includes music.   Reading this book is like listening to a teacher who worships his subject matter.   Parker explains rhythm and the major types of music, and gives us an overview of how all of the major instruments – including the human voice – work.   He examines the acoustics of classical concert halls, but he’s no snob when it comes to “new” recording techniques.   He concludes his survey by explaining electronic (computer-generated) recordings and acceptance of the new world of iPods and mp3s.

This book was purchased by the reviewer at Powell’s Books in Portland, Oregon.