We All Shine On 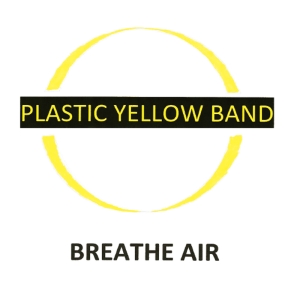 The name Plastic Yellow Band (PYB) practically screams “Beatles.” By the time one has listened to the first third of the album, Breathe Air, any remaining doubt is resolved. PYB’s founder, Gerry Jennings, admits to modeling the band after John Lennon and Yoko Ono’s Plastic Ono Band. 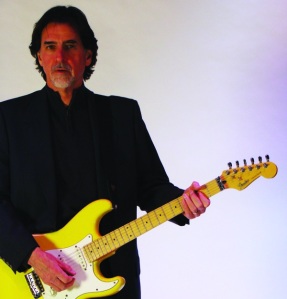 The first song, “Lonely Place,” sounds a bit like Paul McCartney on piano while also being reminiscent of a late ’70s/early ’80s arena rock band’s power ballad. The second cut “She’s My Woman,” resembles a Beatles song with a Southern Fried rock twist. “Nowhere” features a sitar and George Harrison sound. “Nervous Stuff,” the fourth track, possesses the spirit of the Beatles’s “Helter Skelter”; it just so happens that the repeated lyrics might sound a bit familiar: “All you need is love.”

The album shifts gears a bit on “I Want to Feel Your Love” with Dana Rideout on lead vocals. “Love” has the countrified flavor of an Emilylou Harris song from the early ’70s.

“She Let It Down” is simply filler, while “Oil Kings” initiates the political overtones that are found throughout the rest of the album. Interestingly, “Oil Kings” sounds similar to “Nervous Stuff.” “Alone (It’s Hard)” is a mid-’80s-style pop song that I didn’t care for much. It’s notable that the lead vocal mimics the Lennon/McCartney sound to an almost greater-than-acceptable (or necessary) level.

The ninth track, “Climate Change,” clocks in at 4:45 and seems to be the band’s attempt to fashion a traditional popular single. The song has some of the dreariness, harmonies and production found on early Pink Floyd albums. And the lyrics are interesting: “Thirty years from now I’ll be just a memory/And you’ll still be around, not sure what your temperature will be.”

The Pink Floyd theme continues and deepens as Breathe Air closes with a trilogy of instrumental tracks – “Sunlight I,” “Sunlight II,” and “Sunlight III.” “Sunlight II” includes the line, “Say hello to sunlight and breathe air.” I was reminded of both Dark Side of the Moon and Wish You Were Here while listening to these closing numbers. Unfortunately, the trilogy – while creative and perhaps a bit pretentious, if not bland – threatens to lose the listener’s interest.

All in all, Breathe Air is a decently strong first effort. It runs a full 57 minutes, which makes up for the weak closing tracks. I’m hopeful that on PYB’s next release, the music will display a bit more punch, with leader Gerry Jennings more up-front, and fewer references to Jennings’s musical influences. (Imitation is not always flattery or tribute. Sometimes it’s just imitation.)

A review copy was downloaded from the band’s website: http://plasticyellowband.com/

Dave Moyer is a public school administrator, a drummer, and the author of Life and Life Only: A Novel.