When the Men Were Gone 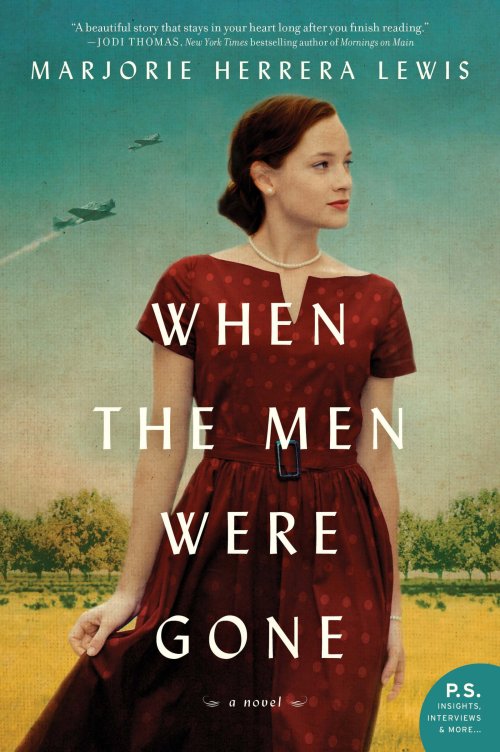 When the Men Were Gone, based on a true story, is Marjorie Herrera Lewis’ debut novel about Tylene Wilson, an assistant principal at a Texas high school who takes over the school’s football team during World War II, when all of the men are either at war or returning home dead.

Wilson has grown up an avid fan and shares many childhood memories with her father, but when she steps up to make sure the boys get one last chance to play football before the war comes calling, she is seen in a less than favorable light by many of the locals.  Her heroic gesture is met more with scorn than gratitude, because “everybody knows” that coaching football in Texas is clearly a man’s job.

When Wilson finally clears the imminent hurdles with her principal and the school board, the team takes the field for its first game against a powerhouse program in front of a full house with reporters from hours away descending upon Brownwood, Texas.

It turns out that Wilson does know what she’s doing, and Lewis tells both an inspiring and enjoyable story.  She does well to avoid too much commentary and simply leads the reader through the thoughts and actions of the characters, bring the story to a satisfying conclusion.

The book, however, is arguably a bit too lean at less than 250 pages.  Its primary drawback is that a little more meat at times could have made for a better, more complete story.  This does not seem to have been the goal for Lewis, but more could have been done to shore up the characters and plot.

Lewis herself covered the Dallas Cowboys for the Fort Worth Star-Telegram and endured some taunting from some insiders before winning them over.  She went on to join the Texas Wesleyan University football staff.  Though not autobiographical, Lewis apparently relied upon her knowledge and personal experiences to lend credibility to the inspiring account.

A review copy was provided by the publisher.  When the Men Were Gone will be released in hardbound and trade paper versions on October 2, 2018.

Dave Moyer is the Superintendent of Schools for the Elmhurst Unit District 205 public school district, located just north of Chicago, Illinois. He is the author of Life and Life Only: A Novel about baseball, love and Bob Dylan.