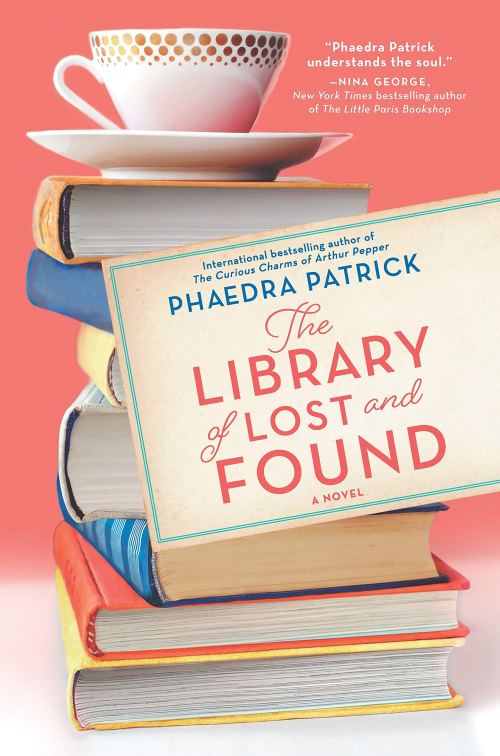 Family secrets, we all have them, right?  Martha Storm is no exception.  She’s a no nonsense middle-aged woman living on her own in the house she inherited from her parents.  It’s the house she grew up in and nothing has changed.  Well, not really.  There are bins and bags and piles of items throughout the house.  Each contains a project that Martha has taken on for neighbors, coworkers, the local school and even her sister.

Martha is an over functioning library volunteer and all around reliable person who dedicated 15 years of her life to caring for her aging parents.  Five years after their passing, she faces new challenges – a dwindling inheritance, the need to seek a paying job, and undeniable loneliness.  She frequently reflects on the happier times in her life when Zelda, her devil-may-care grandmother, was alive.

A brown paper parcel left on the library steps on Valentine’s Day evening triggers events that Martha could never have imagined no matter how hard she might have tried.  The story gracefully swoops here and there picking up momentum until the reader is thoroughly engaged in Martha’s quest.  There’s no way this reviewer will divulge more of The Library of Lost and Found.  To do so would be a grave mistake.

Author Phaedra Patrick has once more written a deeply moving yet amusing tale of a life, not the ones her characters are living, rather, the ones that unfold when they pay attention to unexpected happenings, however ordinary they may seem at first glance.

Ms. Patrick, the author of The Curious Charms of Arthur Pepper and Rise and Shine Benedict Stone, has switched up her main character for a feisty and determined woman who tries to avoid feelings.  These novels are not a series.  Feel free to begin enjoying the magic of her writing with whichever one you choose. 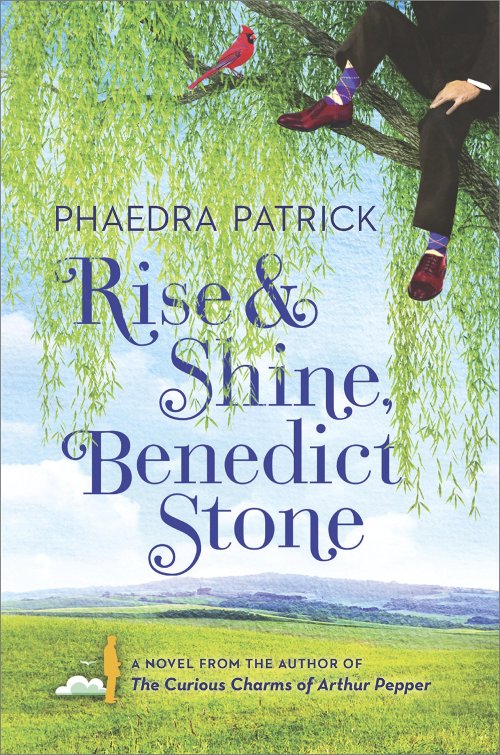 Fans of Phaedra Patrick’s debut novel, The Curious Charms of Arthur Pepper, will be delighted with her next heartfelt novel, Rise & Shine, Benedict Stone.  Ms. Patrick has created a signature theme that permeates the tales.  The main character is a man adrift in life, not connecting with reality.  The setting is a small village in Yorkshire, England.

Benedict Stone is a jeweler, as was his father before him.  Stone’s wife, Estelle, has decamped from their home, ostensibly to look after the apartment of a friend who is working in New York.  Benedict knows that Estelle has tired of his obsession with having children.  So far that hasn’t happened for them.  He’s proposed adoption and Estelle has rebuffed this alternative.  The emotional distance between them is growing, much to Benedict’s horror.  He relies on food to calm his nerves and we all know where that leads.

Stone’s jewelry store is fading into oblivion, due in no small part to Benedict’s insistence on making simple pieces that aren’t on trend with popular styles.  He is stubborn and resists change, especially when it comes to his trade.  Cecil, his salesman, offers advice on how to win back Estelle and Benedict considers it.

One dark and stormy night, there is a knock at the front door.  Benedict imagines it is Estelle returned home.  But, no, instead there’s a teenage girl on the front porch and she is dripping wet.  She introduces herself – Gemma Stone, his estranged brother Charlie’s daughter.  Gemma has traveled alone from the United State and invites herself in for a stay.  She may or may not have her father’s permission to make the journey!

And that is the beginning of a wonderful tale of redemption and awakening for everyone.  Ms. Patrick infuses her chapters with fascinating information about the gemstones contained in a bag that Gemma has brought on her trip.  Each has historically associated attributes.  Together, Benedict and Gemma make these gemstones part of their strategy for creating a better life for both of them.

Ms. Patrick enlivens her characters with foibles and quirks.  Her scenes are full of color and details that will delight the reader.  It’s not often that an equally engaging novel follows a marvelous debut.  Happily, this author has succeeded with Rise & Shine, Benedict Stone.  Look for Benedict Stone in mid-May.

A review copy was provided by the publisher.  Rise & Shine, Benedict Stone will be released on May 16, 2017.

Arthur felt his heart dip. He hoped that she wouldn’t tell him about her husband. He didn’t want to trade stories of death. There seemed a strange one-upmanship among people who had lost spouses.

They talked about their loved ones as if they were objects. Miriam would always be a real person to him. He wouldn’t trade her memory like that.

Arthur Pepper is a mild-mannered British pensioner whose wife, Miriam, passed away a year earlier. Arthur has built a solitary life structured on keeping a schedule, tidying his small house and intermittently hiding from Bernadette, a well-meaning widow from across the street who brings him home-baked pies. Lucy and Dan, Arthur’s grown children, are distant from him, both geographically in the case of Dan and emotionally in the case of Lucy.

At this one-year anniversary, Arthur decides it is time to go through Miriam’s personal possessions – clothes, makeup, shoes, etc. He reaches into one of her boots to check for anything that might be hidden deep inside. To his amazement, Arthur’s hand closes around a heavy metal object, which proves to be a gold charm bracelet. As the book’s title announces, this is the beginning of an adventure for Arthur.

Author Phaedra Patrick has used a somewhat ordinary premise to create one of the most enduring and touching tales this reviewer has read. Although the physical book is only 331 pages in length, the story between its covers contains a series of encounters for Arthur Pepper that require and demand his emotional strength and willingness to be open to a shift in perspective regarding his 40-year marriage to Miriam.

Each of the disparate characters portrayed by Ms. Patrick evolves into a fully developed and believable person. She does not rely on gimmicks or magic to provide her reader with an enlightening experience. Moreover, the phrase “you can’t judge a book by its cover” takes on multiple meanings as Arthur discovers the Miriam he never knew.

Perhaps this reviewer’s similar age to Arthur may have contributed to the resonance and warmth felt for the situations and challenges he faces. Regardless, the tears that fell as the book came to its conclusion were produced by writing that reaches the emotions of a reader, regardless of age or gender.

“Eccentric, charming and wise, this will illuminate your heart.” Nina George, author of The Little Paris Bookshop.