Roy Peter Clark is vice president and senior scholar at The Poynter Institute, a highly prestigious school for journalists.   He has taught writing at every level – from schoolchildren to college students and Pulitzer Prize winners.   A writer who teaches and a teacher who writes, he has authored or edited fifteen books about writing, including Writing Tools and The Glamour of Grammar.

In Help! for Writers: 210 Soutions to the Problems Every Writer Faces (released today), Clark presents an “owner’s manaul” for writers, outlining the seven steps of the writing process, while addressing the 21 most urgent problems that writers face.   In his engaging and entertaining style, Clark offers ten short solutions to each problem.   Out of ideas?   Read posters, billboards, and even grafitti.   Can’t bear to edit yourself?   Watch the deleted scenes of a film DVD, and ask yourself why these scenes were justifiably left on the cutting-room floor.

Help! for Writers offers writers, new and old, young and experienced, 210 strategies for success!   Would you like to win a copy?   Thanks to the publisher (Little, Brown and Company), we’re giving 5 (five) copies away.   In order to enter this book giveaway contest, just post a comment below with your name and e-mail address, or send an e-mail message with this information to Josephsreviews@gmail.com .  (E-mail addresses will only be used to contact the winners.)   This will count as a first entry.

For a second entry, tell us exactly why you think this guidebook would be useful to you.   Is it because of the type of writing that you do?   Are you stuck in writing a novel or an article, etc.?   Let us know!

In one way or another, we’re all writers, so this should be a useful addition to almost anyone’s library.

In order to enter this book contest, you must live in the continental U.S. or in Canada, and be able to provide a residential mailing address if you’re selected as a winner.   Books will not be shipped to a P. O. box or to a business-related address.   You have until 12:00 Midnight PST on Saturday, November 15, 2011 to submit your entry or entries, so don’t delay!

We reserve the right to change the contest rules, or submission deadline, at any point, so it’s best to enter early…   We may choose the winners at random, or simply select five early entrants; you never know.   This is it for the “complex” contest rules. 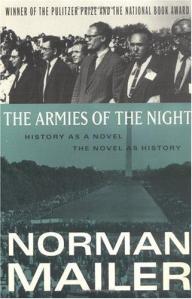 God Bless the Editor: The Power Behind the Scenes

The late writer Norman Mailer was known to be a tough guy, and he was also quite a writer having won both of literature’s highest prizes – the Pulitzer Prize and the National Book Award – for his account of the domestic protests against the war in Vietnam, The Armies of the Night.   He was once asked by an interviewer to divulge the “secrets” of writing, and Mailer immediately invoked his First Rule, “Always trust your editor.”

I’ve thought about this more and more as I come across works by newer and debut authors; whose works often show promise (“There’s no heavier burden than a great potential,” to quote the wise philosopher Linus) but lack a firm and unified voice.   All too often I see the debut novel that starts off like a house afire but then dwindles away from the halfway point until the ending.   Perhaps it’s because the writer’s energy and confidence faded out; more likely, some type of scheduling conflict meant that the editor involved did not have the time to devote to smoothing out the rough spots in the second half that was devoted to the first.

I think that the work of a literary editor can be fairly likened to the work of a recording engineer.   Bands make all kinds of sounds in the recording studio – some too loud, some too harsh, some too tame and quiet, some jarring, some pleasant – and it’s up to the recording engineer (for a brilliant account read Here, There, and Everywhere: My Life Recording the Music of the Beatles by Geoff Emerick) to mold the sounds into something uniform.   Even more than uniform, they must be pleasing to the ear.   The human ear loves mid-range sounds, so the very best sound engineers minimize the highs and lows to produce a product that sounds unnaturally “natural.”

Buy a very expensive car today and you’ll be offered an equally expensive add-on option, a top-of-the-line audio system (think an extra $5,000 to $7,000) that produces comforting mid-range sounds from any genre of material, rock to jazz to classical or country music.   This stereo reproduction system will have a built-in range limiter, a single-function computer program that mimics and sometimes even  improves the sounds produced by a top-flight recording engineer blessed with perfect hearing and “golden ears.”

Similarly, the writer’s editor must take out what’s jarring, what’s unexpected or simply not registered in the author’s best, pleasing voice…  It’s the editor who must decide, whether or not the author concurs, the answers to the questions:  “What is it about this author’s tone that is pleasing to the reader’s inner ear?   Which part of the writer’s voice is pleasingly mid-range?”

In order to complete his/her task, the skilled editor must edit and sometimes brutally cut out that which does not seem to fit.   And this is where Mailer’s advice is so important to the new writer, the prospective writer.   I will restate his advice this way, in my own words:  Don’t argue, don’t take it personally.   The very best, the most talented, of writers have found that they must trust their editors.

The skilled editor can take multiple, disparate voices and make them harmonize like the fine instruments in an orchestra.   As an example, take the short story collection about true love, Love Is a Four-Letter Word.   This compilation contained 23 stories written by just as many writers.   Yet in the hands of editor Michael Taeckens, the collection never seemed choppy or disjointed.   I found that it had a singular mid-range tone – not too loud, nor too soft – that made it seem quite enjoyable.   And it wasn’t just me.   One reader noted at Amazon that, “…this collection was pretty good…  not just in theme but in tone.”   Said another, “…the stories flowed quite seamlessly from one to the other.   We have Mr. Taeckens, the editor, to thank for that.”   Exactly!

When a highly skilled editor can take 23 voices and make them sound like one melodious voice, just think of what he/she can do to assist the previously fledgling, isolated writer in finding his or her natural voice. 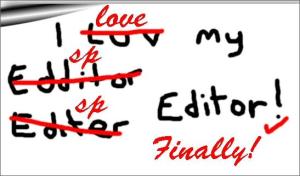 One other key function is left up to the editor.   Carolyn Parkhurst wrote, “…the ending of a novel should feel inevitable.   You, the reader, shouldn’t be able to see what’s coming…  you should (feel) satisfied that there’s no other way it could have gone.”   If the draft ending of the book does not feel natural and inevitable, it’s up to the editor to tell the writer so.

In the end, it does come down to that one word: trust.   Mr. Mailer was so right.

Note: Thank you to author (The Language of Trees: A Novel) and former professional editor Ilie Ruby, for serving as one of my editors on this piece. And thank you to Daniel D. Holt for serving as the second editor.

As you may notice in visiting this site, we do not rank or score books with letter grades or numbers or stars – either white or gold ones.   We simply recommend books, of whatever genre, or do not recommend them.   The most precious resource we have in life is time, and so we attempt to make a determination here as to whether a particular book is worth your time.

If you don’t see a recommendation at the end of the review, the book in question is not recommended.   When we do recommend a book it will fall into one of three categories, as follows.

Recommended – This is a book, fiction or non-fiction, which may contain up to four or five writing flaws which were not corrected in the editing process.   However, it is clear on the whole (and by a margin that clearly exceeds 51%) that this is a book that will justify the time you devote to it.

Well Recommended – A book in this category may contain two or three flaws or editing omissions, but it’s exemplary and likely to rank in the top quartile (top 25%) of books on the market.

Highly Recommended – Books like these are likely in the top 10% of those released in the current and prior calendar year.   They may contain one or two errors but are nevertheless close to perfection in both content and presentation.

Some books will fall into the Recommended or Well Recommended category because they are well written, but Highly Recommended books tend to require a junction of great writing with a great theme and near-flawless execution.   Finally, we are considering adding a new category, Essential.   Essential books are novels or non-fiction books released in prior years that should be a part of any well-rounded reader’s experience.   Two examples that immediately come to mind are In Cold Blood by Truman Capote and Independence Day by Richard Ford.   The latter was the winner of both The Pulitzer Prize and the PEN/Faulkner Award.   (“It is difficult to imagine a better American novel appearing this year.”   Publishers Weekly, 1995)

Independence Day was reviewed on this site on October 30, 2009 (“American Tune”).