There Is a Real Santa Claus 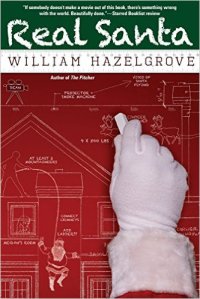 “While the merry bells keep ringin’
May your every wish come true…
Happy holidays to you.” – Irving Berlin

William Hazelgrove again delivers the goods with Real Santa, which is, on a very superficial level, the story of a Dad and a daughter; or, at a deeper level, the story of a mid-life crisis; or, at what is presumed to be the author’s intent, a story in which the great tradition of Santa is the vehicle to enter into a much larger conversation about the current state of the human condition and – as is Hargrove’s specialty, a further glimpse into human dysfunction. 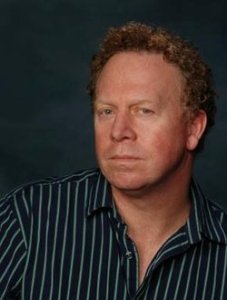 In Real Santa, George Kronenfeldt, a self-proclaimed Santa freak, harbors the pain of his childhood and attempts to reconcile his perceived child-rearing errors from his first marriage. His wife took off with an old high school flame, and George, who is portrayed as a difficult person (which seems to be an inherited trait from his father), has a distant and troubled relationship with his two oldest children.

As the story begins, George is let go from his job as Christmas approaches and simultaneously vows to preserve one additional year of his daughter’s childhood by prolonging her belief in Santa Claus. He blows his savings to create an elaborate ruse that escalates beyond even his intentions. And, while George makes his play as the true Santa, the real Santa – of course – actually makes an appearance.

This is all either completely psychotic or rather charming, depending on one’s perspective. But, the larger themes of second chances, love, forgiveness, positive values, parenthood, childhood, and hope transform this story into one that resonates. While it may end up on the Hallmark Channel someday, it is not a cheesy made-for-TV Christmas story. It is, rather, a “real” novel about everyday people who are doing their best to overcome their weaknesses, survive, and occasionally do the right thing amid circumstances that do not always cooperate.

A review copy was provided by the publisher. Dave Moyer is an education administrator in Illinois, and is the author of Life and Life Only: A Novel. 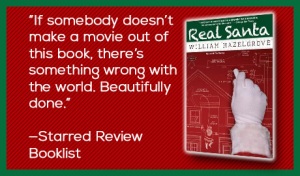 You can read the first chapter of Real Santa here: