The Roundup – Some Quick Looks at Books

Wife 22: A Novel by Melanie Gideon (Ballantine Books)  –  Gideon’s creative novel is an all-too-much-fun story of a mid-life crisis wife who elects to take part in a marriage survey, and then decides that she might have fallen in love with the researcher assigned to work with her.   “Soon I’ll have to make a decision – one that will affect my family, my marriage, my whole life.”   Will Wife 22 sacrifice everything for a man she’s never seen or spoken to (and only exchanged e-mail messages with)?   This is a story with an ending that the reader will never see coming – unless that reader just happens to remember a certain quite clever hit song from the year 1980.

“…when did the real world become so empty?   When everybody abandoned it for the Internet?”   Wife 22 is a novel about current times, in which human beings communicate by each and every means except true personal, face-to-face communication. 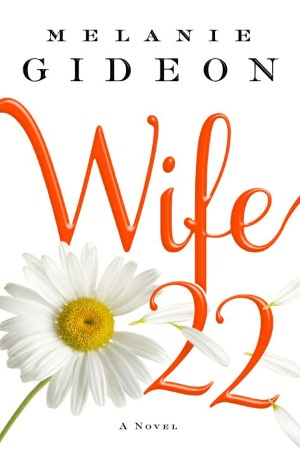 Jack 1939: A Novel by Francine Mathews (Riverhead Books)  –  Mathews came up with a great premise in this fictional account of a young John F. Kennedy.   President Franklin D. Roosevelt secretly recruits JFK to be his spy in Europe during the period preceding the outbreak of World War II.   The engaging, charismatic personality of JFK is here, but the intelligence of the future world leader is missing in action.

Fairy Tale Interrupted: A Memoir of Life, Love and Loss by Rosemarie Terenzo (Gallery Books)  –  John F. Kennedy, Jr.’s former executive assistant tells us about what it was like to have the “dream job” of working for America’s Prince.   It’s a fascinating account told by Terenzo, a young blue-collar Italian-American girl from the Bronx who became John’s scheduler and gatekeeper.   The problem is that it feels like half a memoir; the deaths of John and his wife Carolyn Bessette in July of 1999 tragically interrupted the charged personal lives chronicled here.   (Terenzo recalls that her final conversation with John was sadly  banal.)

Discretion: A Novel by Allison Leotta (Touchstone)  –  Some readers will no doubt find this to be an exciting political-thriller about a young woman killed while visiting a U.S. Congressman’s hideaway office in the U.S. Capitol Building.   But I was never able to suspend my disbelief in the main characters, especially the female protagonist, Assistant U.S. Attorney Anna Curtis.   Curtis’s criminal investigation extends into the most sordid sexual aspects of the District of Columbia.   It just seemed unnecessarily overblown.

The Distance Between Us: A Memoir by Reyna Grande (Atria Books)  –  This is a sad, yet moving and life affirming true story of three impoverished children in Mexico whose parents abandon them in order to escape to “El Otro Lado” (The Other Side, the United States).   Overcoming many obstacles, the two sisters and their brother eventually find their way to Los Angeles, where they discover that their parents are living apart from each other.   Despite such a horrendous upbringing, the siblings survive and Reyna goes on to both forgive her dying father and to graduate from the University of California at Santa Cruz (UCSC). 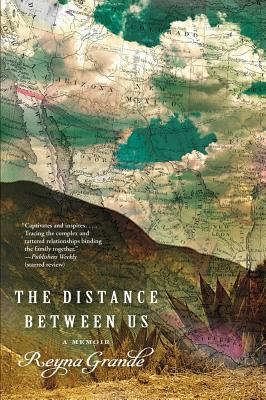 A Book I Want to Read

Jack 1939: A Novel by Francine Mathews is a book that will be released in just a few weeks by Riverhead Hardcover Books.   Here are a couple of blurbs about this tale of a young John Kennedy, and a synopsis.

“Jack 1939 is a marvel – a brilliantly conceived, riveting tightrope race across Europe in the predawn war of World War II.”   Stephen White

“Jack 1939 is a triumph: an exciting thriller, an intriguing exploration of a troubled time, and an absorbing take on the early history of one of America’s most iconic figures.   Highly recommended.”   Iain Pears

It’s the spring of 1939, and the prospect of war in Europe looms large.   The United States has no intelligence service.   In Washington, D.C., President Franklin Delano Roosevelt may run for an unprecedented third term and needs someone he can trust to find out what the Nazis are up to.   His choice:  John F. Kennedy.

It’s a surprising selection.   At twenty-two, Jack Kennedy is the attractive but somewhat unpromising second son of Joseph P. Kennedy, FDR’s ambassador to Britain (and occasional political adversary).   But when Jack decides to travel through Europe to gather research for his Harvard senior thesis, Roosevelt takes the opportunity to use him as his personal spy.   The president’s goal: to stop the flow of German money that’s been flooding the U.S.; money directed by Adolf Hitler for the purpose of preventing FDR’s re-election.

In a deft mosaic of fact and fiction, Francine Mathews has written a gripping espionage story that explores what might have happened when a young JFK is let loose in Europe as the world spins rapidly toward war.   Jack 1939 is both a potent combination of history and storytelling, and a unique, entertaining read.

Jack 1939: A Novel will be released on July 5, 2012.   It will also be available as a Kindle Edition and Nook Book download.   (Information provided by The Penguin Group, USA.) 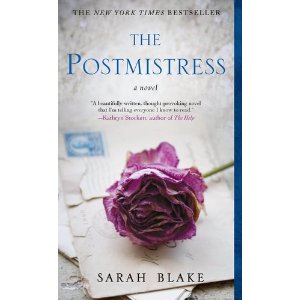 The time is the years 1940 and 1941 and Americans are attempting to stay out of the conflict in Europe.   President Franklin Roosevelt has pledged to keep American boys from dying in a new world war, but most Americans are well aware that he’s stalling for time.   Hitler’s armies are invading countries throughout Europe and something is happening to hundreds of thousands of Jews.   This is the setting for The Postmistress by Sarah Blake.

Blake tells the story of three women – three very different individuals with different personalities and needs.   Iris is the postmistress of the title, a woman who is thorough and organized in everything she does.   Iris takes pride in her discipline and in her preparation for all things.   Although she’s lacking a suitor, she travels to Boston to see a doctor who will certify her virginity; she’s sure that some man will one day find this to be a factor in her favor.

Emma is a transplant to the east coast, a small and frail woman who lost her parents early in life.   She wishes to have a new stable life with her physician-husband.   But Emma’s husband feels the call to go to help the victims of the German bombing of London.

Frankie is the tough and ambitious radio reporter stationed in Europe working with Edward R. Murrow.   She’s frustrated and wants to travel to find the “real story” of what is happening to the Jews.   She wants to be the voice of truth, a human alarm bell.

Something happens to each of these characters in The Postmistress.   Iris eventually wonders if she has placed duty to her job above simple human kindness.   Letters and telegrams bearing bad news travel through her hands.   Will the point come when she should show some mercy by withholding horrible news?   Would it make a difference?   Or would it place her in a position of arrogantly playing God?

Emma feels that she may lose everything, including a child on the way, if her husband places the needs of those in England above hers.   It’s not America’s war, right?   But then she may be powerless in the face of her husband’s desire to serve his fellow human beings.

Frankie becomes tired and devastated over what she observes in war-torn Europe.   Hitler’s armies are on the march and the people in the U.S. who listen to her radio show seem to refuse to accept the truth – the truth that war is inevitable.   Who else but American boys and men will save the world?

Whatever is coming does not just come…  It is helped by people wilfully looking away.   People who develop the habit of swallowing lies rather than the truth.

This novel tells us that stories get told when they need to be told – not before and not after.   There’s not a good time or bad time, simply the time.   Blake does a marvelous job of transporting the reader back to the early 40s in polite, calm and reasoned language.   Perhaps the best compliment that can be paid to The Postmistress is to say that when you read it, you will place yourself in that time and place.   You will also ask yourself what you would have done in that time and under those circumstances.

Would you have sought delay as an isolationist (“It’s not our war.”)?   Or would you have been one of those who said, “We’re going to have to go at some point, so why not now?”   A simple question, perhaps, but the fate of the world – of freedom – literally depended on the answer.

Sarah Blake displays an intelligence in the telling of the story that is, sadly, all too rare these days.   In the end, this is an important story about normal people occupying a larger-than-life stage.   Blake tells it impressively and beautifully.   The Postmistress is a story that you will be thinking about weeks and months later.

A review copy was received from the publisher.   The Postmistress was released in trade paperback form on February 1, 2011.

The Postmistress made me homesick for a time before I was even born.   What’s remarkable, however, is how relevant the story is to our present day times.   A beautifully written, thought-provoking novel that I’m tellling everyone I know to read.   Kathryn Stockett, author of The Help.